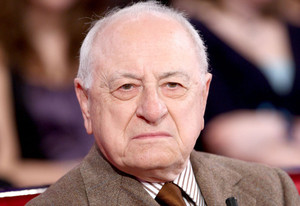 During Tuesday’s board meeting, Bergé reportedly lost his temper with La Vie’s Editor- in-Chief, Jean-Pierre Denis, condemning his decision to print content promoting anti- gay marriage sentiment and threatening to “abandon” La Vie if similar opinions were endorsed by the magazine in the future. However, the decision on whether or not to sell La Vie lies in actual fact with three Le Monde stakeholders, and not with Pierre Bergé alone. Director of Le Monde Louis Dreyfus assured Les Echos that, despite Bergé’s outrage, there has so far been “no authorisation to sell.”

Bergé told Les Echos: “I came to Le Monde’s rescue because it represented an ethical code which I myself shared, I am under no obligation to support the ethical code of La Vie – one which I fight against each and every day. Yes, I would be happy if this magazine were no longer part of the group.”

This is not the first time that a newspaper’s engagement with the gay-marriage debate in France has incurred the wrath of Bergé. In April Bergé reportedly threatened to fire the members of Le Monde’s advertising department responsible for running a full-page advert for the “Manif pour tous” (anti-gay marriage) campaign, since it ran contrary to his personal beliefs. Bergé tweeted that he was “deeply scandalized that the newspaper Le Monde published an advertisement for #lamanifpourtous contrary to the values of the newspaper.” The paper’s advertising directors, however, kept their jobs, and the affair soon blew over.

Bergé is not alone in his outrage against La Vie for their anti-gay marriage editorial – Les Echos reported that many of La Vie’s own journalists have expressed their disagreement with the position that the magazine’s director Jean-Pierre Denis has adopted concerning the gay-marriage debate. Although it is not right that a stakeholder like Bergé should possess such a degree of influence over the content of a magazine – stakeholders are, after all, expected to be involved in the editorial process but not to control content according to their personal interests – was Denis justified in publishing such a controversial editorial and hereby ensuring that the magazine earned itself a reputation that many of its employees do not wish to be associated with? Is it ever acceptable that the opinion of just one or several individuals – especially when it concerns an issue as sensitive as the gay-marriage debate – should be allowed to dominate the ethical position of a whole magazine without the agreement of the majority of its editorial team?

This is what Michel Sfier, CEO of Malesherbes Publications (the subsidiary of the Groupe Le Monde which La Vie belongs to), and Jean-Pierre Denis, hope to avoid happening in the future, having promised the elected representatives of La Vie’s editorial team that they will organise a “free and open debate” on the issue of the magazine’s editorial line in the near future, to ensure that the running of the magazine remains a democratic process. Although La Vie should of course exercise its right to freedom of expression and opinion, this recent controversial act may be viewed as something of a rash decision that didn’t fully consider the impact it would produce on the magazine’s image and its journalists’ political and ethical stance.