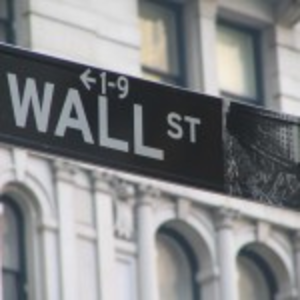 Italy’s Corriere della Sera reports that while the Standard and Poor 500 index has seen growth of 9% this year, The New York Times Company’s stock value has increased by 24% while that of Tribune Co., which only emerged from bankruptcy on December 31 2012, was up by 14%. News Corp, Rupert Murdoch’s new publishing company, began trading publicly for the first time this week, and despite a tepid initial response from the market, found its stock value creeping up by 0.7% to £15.36 by the end of trading on Monday. Poynter’s media business analyst Rick Edmonds had already told Nieman journalism lab’s Press Publish podcast back in February that although “down on what it once was… newspaper stock had a good year in 2012” and predicted that this positive run would continue into 2013.

In the face of a general economic downturn and a shift to digital that, while capable of producing revenue, is proving to be less profitable than print, particularly in terms of the amount of advertising revenue produced, why are investors continuing to show faith in newspapers?

The answer, according to journalist Maria Teresa Cometto, lies in the series of restructuring programs and plans for a digital future rolled out by some of the industry’s most prominent news publishers. As the Editor’s Weblog reported earlier this week, Tribune co., owner of the LA Times and Chicago Tribune, has begun to invest heavily in television stations and Rupert Murdoch’s News Corp is preparing its publications for a substantial push to smartphone-led news consumption.

These plans and others like them taking hold across the news media landscape would seem to be fuelling optimism for the future of the industry, convincing investors that there is still money to be made in the world of news publishing. Only last year, Gannett found its stock up by 31% for the year, compared to S&P’s 12% increase over the same period, with a digitally-focused rethink of USAToday that resulted in the publisher amassing 26% of its revenue from digital activities. What is more, 17% of the company’s revenue comes from its investment in television stations throughout the U.S. “Whatever you think about the stock market’s effect on making companies more profit-maximising, the stock market’s a very good read on what intelligent investors think, and they think better of the newspaper industry now,” proposed Edmonds, who is also quoted by Corriere della Sera as saying that “interest in newspapers has grown since 2009, and there’s a substantial group of possible buyers.”

In a speech to investors gathered in Sydney this week, News Corp CEO Robert Thomson emphasised the long-term nature of the company’s plans to invest in digital, exhorting his audience to understand that achieving growth in the news media market would “take longer than a couple of quarters“. It is the kind of statement that is to be expected of a chief executive officer aware of the need to reassure shareholders keen to see a return on their investment. However, if Rick Edmonds is correct in his suggestion that anyone investing in news titles is looking to see a decent return within five years, the recent stock market interest in newspapers may suggest that  shareholders are already willing to believe in the long-term prospects of the news publishing industry.