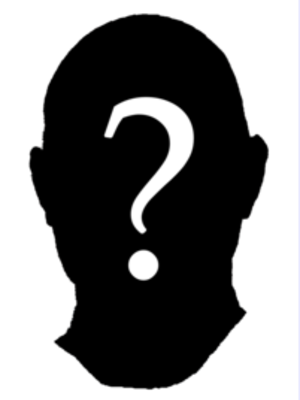 The out of the blue nature of the WaPo purchase caught the news industry in general off-guard, and led to rumours that other papers that no one had previously thought were on the market were in fact up for sale. The New York Times for one was forced to deny that it was looking for a buyer. It is now widely assumed, though yet to be confirmed, that the next major U.S. newspaper sell-off in will involve one or all of Tribune Company’s titles, which include the Los Angeles Times, Chicago Tribune, The Baltimore Sun and the Sun-Sentinel.

Long seen as frontrunners in the race to buy Tribune’s newspapers as a single lot, businessmen Charles and David Koch released a statement last week declaring they would no longer be pursuing a deal. A spokesperson for the brothers explained that the Tribune titles were deemed “not economically viable.” The Kochs’ pursuit of the L.A Times had provoked protest amongst some citizens, who feared the brothers’ links to the Tea Party and other politically conservative associations would influence the paper’s editorial line. It is nonetheless possible that the Kochs will pop up at another news outlet, as they have not completely renounced their media ambitions. “Koch continues to have an interest in the media business, and we’re exploring a broad range of opportunities where we think we can add value,” a spokesperson for Koch Industries told the L.A Times.

The owner of the Los Angeles Dodgers baseball team is the latest businessman to voice a desire to buy the LA Times – “if the price were right,” Poynter reports. The precedent for sports-focused entrepreneurs to invest in newsprint has already been set by Red Sox owner John Henry, who bought The Boston Globe at the beginning of August. Rather fittingly, Walter hinted at his interest in acquiring the LA Times before a Red Sox vs. Dodgers game, telling reporters: “The Los Angeles Times says something. It means something. It’s a brand. I think people have undervalued that.”

The fact that emphasis has already fallen on the title’s being sold at a reasonable price suggests a reluctance to follow Bezos’s lead by paying an inflated price for a news title.

In 2012 reports abounded that the News Corp and 21st Century Fox owner was hoping to extend his media reach even further, by becoming the new owner of the LA Times. As Murdoch prepared for the split of his publishing and entertainment assets into two distinct companies, both Reuters and the LA Times suggested last year that talks had been held between the media mogul and the Times’ executives. These reports were then downplayed, with Murdoch and his aides citing the U.S.’s media ownership laws as a possible impediment to the deal. A Federal Communications Commission rule prevents the same company from owning newspapers and television stations in the same market.

That said, if fears of media consolidation laws are the only thing stopping a deal, the problem is easily sidestepped. According to the LA Times, Murdoch could apply for a waiver for the existing regulations, similar to the one already obtained by Tribune Co.

The parting gift of $2.6 billion conferred upon News Corp by 21st Century Fox following their separation has already been earmarked for acquisitions and expansion. Even if the money isn’t used for a U.S.-based title, it is doubtful it will be burning a hole in News Corp’s pocket for much longer.

The Orange County Register’s publisher, who stunned media observers with his “print-first” strategy since taking over the title, voiced an interest in Tribune’s papers in an interview last year. “We believe that [the Tribune newspapers] are important institutions that our business model may work with and they certainly support important communities that if our business worked we would be proud to serve.” Kushner’s policy of increasing the number of reporters at the OCR, which has seen editorial staff levels double to 350 people, might endear his bid to current Tribune employees. “We are on record as being pro hiring journalists,” Kushner told The Wrap.

Questions were raised at the time of The Washington Post sale as to why, given his close ties with Donald Graham, the Silicon Valley scion had not taken the title off the Graham family’s hands. That news and its distribution are of key concerns to the Facebook CEO is clear – the social networking site was recently shown to be the number one social traffic source for online newspapers. News content is increasingly important for Facebook and, if rumours of a Google Reader replacement are substantiated, could soon make up a vital part of the social network’s business model. Zuckerberg however seems keen to remain on a digital footing, for the time being at least.