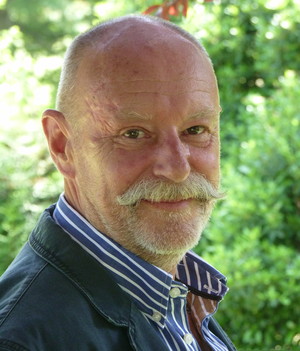 “The first lesson is that it’s time to wake up and change the way we operate,” says Pearce, who will be speaking at the Newsroom Summit (8-9 October) as part of World Publishing Expo in Berlin. He will be taking part in a session on security and surveillance, which will address the issues of how journalists can communicate and protect their sources and research in this digital world.

“Remarkably,” he adds, “even Snowden and those working with him need a few lessons in secure communication. Snowden initially used an encrypted email service to communicate with the Guardian. As soon as this became known, the U.S. authorities demanded access to the servers of at least three of these companies and they swiftly pulled their own plugs rather than cave in to demands. They might easily have been compromised beforehand. And sending David Miranda halfway around the globe with sensitive data on his devices might be judged a little naïve when there are ways to secretly transfer data on the hidden networks of the Deep Web. He could also have saved on airfares.”

“What this tells us,” Pearce says, “is that Snowden and his former colleagues at the NSA have a rather one-track mind when it comes to data interception. When it comes to monitoring the public at large, they have all the bases covered. But what they can’t do is find data if they don’t know where to look for it. And this is how I show journalists to operate in my book ‘Deep Web for Journalists: Comms, Counter-Surveillance, Search.'” (See our earlier post about Pearce’s book).

“Perhaps the greatest lesson here is that we cannot trust any one piece of technology, and we certainly can’t trust the British or U.S. governments,” he says. “Perhaps the one thing Snowden has taught us is that they will lie through their teeth. And, in the case of Britain, they will go to extraordinary lengths to intimidate and silence the press.”

Pearce is also the author of a number of other books including “Dunkirk Spirit”, “Whose Side Are They On?”, “The Google Questions” and the best-selling “Playing It Safe.”

In addition, he has more than 30 years’ experience in journalism and has written for Time magazine, The Sunday Times, The Times, The Sunday Telegraph and others, in addition to Sky News and various BBC outlets. He has covered conflicts from the Khmer Rouge to the Taliban and was injured covering the fall of Kabul in 1996 while working as the BBC’s Afghanistan Correspondent. For several years he edited the International Press Institute’s “World Press Freedom Review.”