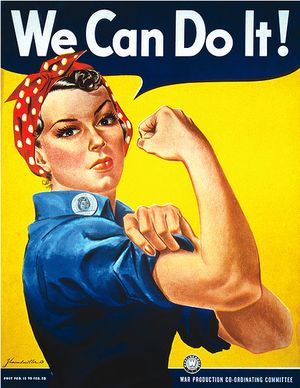 Also in June, a relatively little-known British quarterly named Port, which dubs itself “the magazine for men” announced a “New Golden Age” of print media. A front cover featuring six male editors ushered in this new era. Port’s front page and the related article led a number of journalists, including freelance reporter Jessica Grose, to examine the state of women’s magazines. In an article for New Republic, Grose revealed that women’s magazines are severely underrepresented at the American Society of Magazine Editors’ annual awards: “women’s magazines have received zero ASME nominations for reporting in the past 30 years and zero ASME nominations for fiction in the past 20 years.”

And it doesn’t end there. Non-profit organisation VIDA, which supports women in journalism and literature, revealed that in the past year the New York Review of Books had published only 40 female reviewers. Around 215 male writers had featured in the NYRB during the same period.

Looking at reports and figures like those cited above, one might be forgiven for thinking that female-focused journalism was in a sorry state. That certainly seems to have been Bryan Goldberg’s angle, when he launched his new online venture, Bustle. In a much-derided statement on PandoDaily, the Bleacher Report founder announced that “women’s publishers have completely lost sight of which decade their readers are living in.” The original version of Golberg’s statement (which was modified shortly after provoking an intense backlash in the journalism community) reportedly claimed that there are no mainstream, high-profile general interest sites that cater for women. The statement now acknowledges Jezebel and PopSugar as potential competitors. Goldberg also insisted that Bustle would be unlike any other women’s publication “because we recognize how many diverse interests are shared amongst the next generation of women.”

Response to Goldberg’s announcement was swift and biting, notably from Gawker-founder Elizabeth Spicer. “Most general interest sites have a heavy female component… and while the scope of traditional women’s magazine’s remains fairly narrow, the new players talk about a wide range of issues, many of them general interest,” Spicer wrote for FlavorWire.

Spicer nonetheless maintains that Goldberg’s handling of the launch is the least of Bustle’s problems. In an email exchange with inc.com, Spicer reiterates a point made in her blogpost: “Crap product is a much bigger problem than a crap funding announcement.” According to an advertisement released by Bustle for a freelance journalist, the site’s employees will for the most part “produce news summaries… though original reporting will be encouraged and required at least once a week.” Bustle.com is currently a mix of aggregated news, photo-galleries and short articles.

For a site claiming to “completely transform women’s publishing,” the lack of focus on original content is potentially worrying. And that’s where The Riveter steps in.

Dismayed by the underrepresentation of women in longform journalism, Kaylen Ralph and Joanna Demkiewcz took their idea for a publication penned by female writers to crowdfunding site Indiegogo. After raising $2,000, the two set about creating The Riveter, the first issue of which was released in print and digital form in July. Speaking to Poynter, the two journalists described the multiplatform project as “a space for women to publish work about whatever interests them.” A team of five columnists has been assembled to produce original content, and the first issue featured a mix of photojournalism, four longform pieces, book reviews and interviews.

Describing the impetus behind the creation of The Riveter, Ralph and Demkiewcz explain: “we wondered, and still wonder, where women writers can go to write longform journalism pieces and narrative pieces that aren’t restricted to beauty and to fashion.”

With their publication dedicated to journalism “by women, for everyone,” the University of Missouri grads could be on the way to answering their own question.