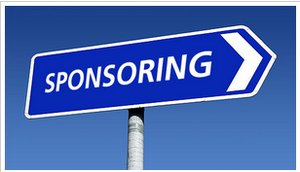 As WAN-IFRA reported when the platform was first unveiled, in its digital guise BrandConnect provides a space in which marketers can “create and display blogs, videos and infographics on the newspaper’s website.” Three months after the launch of BrandConnect came Washington Post’s “sponsored views” service, which invites advertisers and “special interest groups” respond to editorial and op-ed pieces.

Now it’s print’s turn to step into the sponsored content fray. The latest addition to the WaPo’s native advertising programme will see marks and brands given the opportunity to attempt to establish the kind of engagement with print readers that they have with digital consumers. Though details of the prices to be charged for the new campaigns have yet to be released, AdAge has been able to reveal the form the new ads will take. An “agenda setter” complete with banner advertising and editorial-style copy will be placed around the front page, while additional ad features will be placed “among true editorial content on the fold inside the paper.” The scheme is likely to run late in the second half of the year.

It is no exaggeration to say that sponsored content has been one of the news industry’s hot topics for 2012/2013. While Digiday has stated that The Washington Post was the first major U.S. news title to open up “its platform for brand to create and distribute content,” sponsored content features heavily at other media organisations, notably ESPN and Forbes. Indeed, the business publication has been a prominent advocate for sponsored posts since its BrandVoice service launched a video campaign with Cartier in October 2012.

Questions have been raised as to how different native advertising is from the kind of “advertorials” newspapers ran in previous decades. Last year Peter Kafka of All Things D tweeted the suggestion that any difference between the two was superficial at best. Digiday however advanced the idea that while the term “native ads” was rather nebulous, broadly speaking it is a tag for a new form of advertising content that is more closely linked to the outlet through which it is transmitted.

WaPo’s expansion of native advertising to its print product signals an attempt to revitalise the once lucrative revenue stream provided by print advertising. In the first quarter of 2013 the paper’s print advertising revenue was down 8 percent, and increases in revenue from display and classified ads did little to compensate for the loss, Poynter reported in May.

As news organisations are increasingly encouraged to see sponsored content as the “future,” it will be interesting to see if other newspaper titles adapt their print offerings to this evolving advertising model.