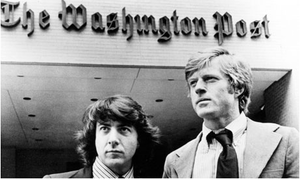 Not the new Murdoch

With a personal net worth of around $28 billion, according to Forbes, the man who developed Amazon in 1994 has spent a mere one per cent of his fortune on acquiring The Washington Post. Yet while the $250 million cash deal for the title may be small change to Bezos, the transaction is nonetheless significantly larger than the $70 million agreed on for The Boston Globe. The reasons behind Bezos’s decision to increase his investment in the world of media (he is already a shareholder in Business Insider) have garnered as much media attention as the sale itself. ‘Philanthropy’ is the most commonly cited explanation. In an interview with the BBC Jeff Jarvis explained that he thought Bezos “just wants to do good”, but went on to say that he hoped Bezos will not act as a “sugar daddy” but will also bring innovative business practices to the newsroom.

Described by Jarvis as an extremely “secretive” individual, Bezos has not made his political views well known, beyond advocating gay marriage and online sales taxes. This has led some to suggest that Bezos will not follow the lead of media moguls like Rupert Murdoch by communicating a particular political message through the Post.

Don Graham is thought to have sought Bezos out as a buyer, and in an interview on Monday described the Amazon head as “a uniquely good new owner”. It is thought that talks between the two parties opened after Graham and the Washington Post Company board began to doubt their ability to develop the long-term prospects of the paper: “The Post could have survived under the company’s ownership and been profitable for the foreseeable future. But we wanted to do more than survive.”

Bezos’s first memo to the WaPo’s staff has elicited the praise of Poynter’s Butch Ward and Jill Geisler for balancing an acknowledgment of the difficulties facing the 136 year-old title with a sense of “believable optimism”.

Perhaps conditioned to expect the worse in light of newspapers’ dwindling fortunes over the past decade, a fair few journalists and media analysts have exhibited something akin to delight on hearing the news. GigaOm’s Mathew Ingram described Bezos’s move into newspapers as confirmation that newspapers are returning to their original business model – that of ‘the rich sole proprietor’. In this particular case, as well as having the financial clout capable of wiping the paper’s debts and giving it a fresh start, Bezos also has the “awareness and insight into the social web to be able to take the Post into some dramatic new dimensions,” suggests Ingram. Likewise Emily Bell, in an article for The Guardian, highlights the Washington Post purchase as a marriage of new media sensibilities and money and old media products. Bell argues that “this is not a business deal” but a “cultural statement” and that without the sale, announced on Monday, the Post’s only option after seven years of dwindling revenue would have been swingeing cuts. In the period 2002- 2012 The Washington Post’s circulation figures fell from 269,000 to 472,000, and in the same its operating income plummeted from a profit of $582m to a loss of $53.7m.

(Not much of a) Business

Reaction has been a little more tepid from business-focused publications. Forbes’s website carried three separate articles on the sale, one of which states that ‘to save the Post Bezos has to make the cuts Graham couldn’t’. Another Forbes piece suggests that decision to buy the Post is just another step in Bezos transformation into a media mogul. It is a professional transition that that has been going on for years, ever since Amazon began to position itself less as a retailer and more as a media platform, writes Jeff Bercovici.

One point that Bercovici has in common with Bell is the assertion, made for differing reasons, that newspapers aren’t a business or industry in themselves. Far from being a good financial investment, Bercovici argues that the ownership of the Washington Post could bring with it other, less tangible benefits: “the Washington Post may not be much of a business anymore… but it still has the attention and fear of the city’s governing elite.”

Though Bezos has bought the Post as a private individual, Amazon’s aggressive lobbying has lead to fears that its CEO could use his new status as newspaper baron to increase his political influence. As media observer Ken Doctor succinctly puts it, ‘Amazon needs more friends in D.C., and it’s hard to imagine what’s better than owning the editorial page of the Washington Post in that quest.’

Bezos has stated that he won’t be involved in the ‘day-to-day’ management of the paper. However, his insistence on the need for changes to be made at the Washington Post suggest that he will take a role in altering the paper’s long-term business strategy. Despite the fact that he stated during an interview last year that “print will be dead in 20 years,’ if there’s one person capable of implementing a business model capable of monetising print and digital distribution, it’s the Amazon man who introduced the Kindle back in 2007.