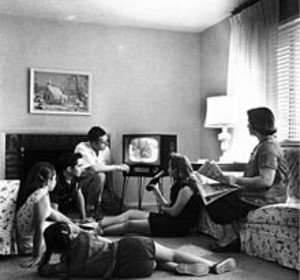 Studies of video viewing habits published during the past few months have produced a mixed bag of results for news brands aiming to go “mobile first,” though there are some signs that a bright future is on the horizon for video news consumption.

Despite a recent explosion in the number of smartphones and tablet devices bought and used globally (according to the Financial Times smartphone sales rose 46.5 percent to 225m since Q2 2012), there has only been a negligible amount of growth in the number of people using these devices to watch video or television.

Referencing a Thinkbox survey, the Guardian has revealed that viewing on laptops, tablets and smartphones has only increased from 1.2 percent to 1.5 since 2012. Television still reigns supreme in British households, according to the same report. The average UK viewer watches four hours of programming a day on traditional television sets, compared to the 3 minutes 30 seconds spent watching video content on other devices. Thinkbox went on to suggest in its findings that the growth of non-traditional viewing devices could be limited on a more general basis, as a result of the on-demand services offered by “Internet-connected TV sets” provided by major television companies, including Sky and Virgin Media.

The idea that the traditional medium of television is managing to maintain its relevance in the digital era will be music to the ears of those news executives who have recently invested heavily in TV channels. Others meanwhile could be perturbed by the seeming lack of engagement with mobile-based video content. However, citing a source more closely concerned with video produced by web publishers, GigaOm has presented a slightly more optimistic view of the situation. Video technology provider Oolaya collected data from its top 150 clients – including Vice, Rolling Stone and ESPN – to show that, in terms of hours viewed, tablets have seen use increase by 110 percent in 2012. At the same time, video viewing on smartphones has risen by 87 percent.

Still, Oolaya’s Global Video Index report concurs with ThinkBox on a key point: mobile viewing remains a small section of overall video-consumption figures. Although smartphone and tablet interaction with video content from Oolaya’s clients has clearly progressed in leaps and bounds, “both device classes together still only accounted for 8.25 percent of all video viewing hours in December of 2012, compared to 4.15 percent at the beginning of the year,” writes GigaOm’s Janko Roettgers.

Greater hope could nonetheless be on the horizon for online media publishers. The Reynolds Journalism Institute’s research report for the first quarter of 2013 shows that the use of smartphone and tablet devices in news consumption has more than doubled since the same period last year. The number of news consumers who combined tablets with smartphones more than doubled in 12 months, from 21 percent to 46 percent.

Though mobile video may be a long way off from shaking television from its dominant position, the scope for growth in second-screen technology means that live-streaming and video reporting will continue to be a priority for major news publishers.