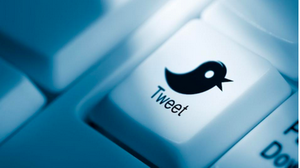 On the evening of Saturday 17 August, Grunwald took to Twitter to post the message: “I can’t wait to write a defense of the drone strike that takes out Julian Assange”. In coverage of the criticism, from the US to Britain to Australia, Grunwald was repeatedly referred to as a correspondent for TIME, often in an article’s headline. The American weekly was therefore inevitably implicated in the controversy, despite the fact that the offending tweet was sent from Grunwald’s private account. The hashtag #boycottTime was born, and Guardian journalist Glenn Greenwald entered into the fray with the tweet:“Things like this make you not just understand, but celebrate, the failings of large media outlets”.

A statement issued by TIME stressed the personal nature of the message and insisted that the “offensive tweet… is in no way representative of TIME’s views”.

But as journalists are increasingly encouraged to use personal social media accounts in a professional capacity can news organisations ever successfully disassociate themselves from an employee’s tweets?

During the 2012 US presidential elections, The Associated Press used its reporters’ Instagram accounts to boost social media engagement with its coverage. AP photojournalists were asked to use their personal Instagram feeds to link photos to the ‘APonthetrail’ hashtag. In its guidelines for social media use, reissued earlier this year, AP encouraged its staffers to create social media accounts, as “[t]hey have become an essential tool for AP reporters to gather news and share links to our published work”. The guidelines go on to recommend “having one account per network that you use both personally and professionally”. However, this message is also accompanied by the specification that employees must avoid posting content that expresses a firm stance on “contentious issues”. In other words, despite being simultaneously a private and professional conduit, a reporter’s social media network ought to refrain from expressing any personal opinions that could damage the reputation of the organisation. The professional trumps the personal.

Other major news outlets ask their journalists to tow a similar line. The Guardian sagely instructs reporters using social media to “be careful about blurring fact and opinion and consider carefully how your words could be (mis)interpreted or (mis)represented”. The New York Times’s associate managing editor for standards, Philip B. Corbett meanwhile advised journalists writing for the paper: “when in doubt, ask yourself if a given action might damage The Times’s reputation. If so, it’s probably a bad idea.”

Disclaimers like “my tweets are my own”, “views expressed are my own”, or “RTs are not an endorsement” do little to protect either a journalist or his/her employer in the event of a controversial communication via social media. Speaking to Forbes, technology and intellectual property lawyer Dan Schaeffer explained that a Twitter disclaimer “certainly doesn’t have any legal effect… It’s not going to prevent your employer from firing you if you say something that reflects badly, and it’s not going to prevent people from associating your views with your employer.”

In its social media policy, the Wall Street Journal warns its reporters against “sharing your personal opinions, as well as expressing partisan political views”, to the disapproval of media analyst Steve Buttry. In Buttry’s view the WSJ needed to address “whether staff members should be able to express opinions about issues in the news media and social media. I think they should. As journalists, we benefit by vigorous discussion of such issues.”

True enough, but many media organisations will likely always be reluctant to advocate Buttry’s position. When an individual journalist’s personal opinion proves to be at odds with the company’s ethos, the brand as a whole is exposed to criticism. Grunwald’s tweet was, in his own words, “dumb”, but no amount of regret will undo the connections already drawn by the wider public between his reckless slip and TIME.