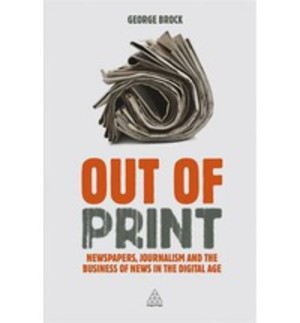 In his introduction, Brock discusses the effects of digital media on the world of journalism and, importantly, highlights the fact that the 21st century is ‘only a short period in the history of journalism’. But he also notes that cheap, simple publishing technology has redefined the meaning of the term ‘journalist’. Refreshingly, however, Brock does not see the influence of digital media as necessarily a death-toll for established, traditional journalism. As Roy Greenslade says, ‘Brock refuses to fall into the trap of technological determinism.’ By working through the history of journalism starting from its uncertain beginnings with the development of the postal service in the 15th century, Brock emphasises the fact that journalism has never been fixed, but has continued to develop and evolve in a fluid manner and has undergone radical periods of change before the development of the internet in the 1990s.

Brock defines journalism as ‘the systematic, independent attempt to establish the truth of events and issues that matter to society in a timely way’, and at the end of the book reminds us that ‘Journalists should not confuse the platform with the content.’ His argument, throughout the book, is that the way in which we access news, and the way in which it is reported, is what changes – however there is still, and will continue to be, a very definite place for journalism in society.

Nonetheless, Emily Bell, reviewing the book for the New Statesman, argues that Brock ‘loses coherence’ when he tackles the digital age, although as Bell goes on to say, that cannot really be seen as a fault on Brock’s part. There is simply too much online in the way of digital media, with so much changing so rapidly, to be able to provide anything like a comprehensive analysis of all internet media that exists and is developing at the moment.

Bell makes a compelling point, however, in suggesting that Brock ‘does not go far enough in pushing at just how far this institutionally based idea of journalism has come under pressure to the power of the individual.’ It is true perhaps that the penultimate chapter, ‘Throwing Spaghetti at the Wall’, whilst giving an excellent insight into ‘grass-roots’ journalism and the revival of local newspapers, does not effectively confront the fundamental difference that new media makes to journalism as a traditional, coherent establishment. As Bell says, ‘For those who like to imagine that journalism will always exist on a big scale in robust and large institutions, it makes for more troubling reading.’

It makes for compelling reading, however, and as Brock points out, fears about what cannot or cannot be trusted on digital media are ones that, ‘to some degree, come with all information I consume.’ One of the greatest advantages that Brock sees with digital media is that although mistakes are made often, they are also quickly corrected. Moreover, with digital media there is a greater readiness to take risks, and to discover by trial and error what style of news reporting is most effective.

Although arguably an overly positive analysis of journalism today, Brock’s stance is refreshing and the book is a pleasure to read. The end of the text, although somewhat chaotic, as Bell argues, suggests implicitly that journalism’s historical trajectory has rather gone full circle. The diverse, free-for-all nature of online media reflects to some extent journalism’s makeshift beginnings in the fifteenth century, when verifiable fact was mixed up with sensationalist fiction and recognised, reputable newspaper bodies were yet to be set up.

Importantly, Brock ends the book by focusing not on what is being lost, but on what will remain of journalism in whatever future media climate. ‘But for all the fluctuations’ he says, ‘something of enduring worth is captured by the term ‘journalism’. That value now has to be made visible again by a new generation.’

Brock will be speaking at the 12th International Newsroom Summit in Berlin on Wednesday, 9 October. For full programme details and to register, see: www.wan-ifra.org/events/12th-international-newsroom-summit