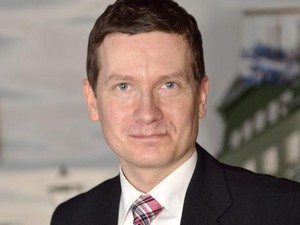 The year started on a positive note for Helsingin Sanomat, Sanoma’s biggest newspaper, which converted from broadsheet to tabloid format in January. The transformation, which took place under the auspices of then Editor-in-Chief Mikael Pentikäinen, coincided with a prominent marketing campaign that brought a good deal of publicity for the newspaper. Whether this also attracted new readers in great numbers remains to be seen, however what happened a few months later could be seen as a sign that not everything went as hoped.

In May, it was suddenly announced that Pentikäinen would leave his position. Harri-Pekka Kaukonen, the President and CEO of Sanoma, attributed the dismissal to a lack of confidence between Pentikäinen and the board and management of Sanoma, although not providing further information on the issue. Helsingin Sanomat’s circulation figures might have been a contributing factor: their decline escalated during Pentikäinen’s 3-year editorship, dropping from 383,631 (in 2010) to 337,962 (in 2012).

Today, Sanoma announced that Kaius Niemi has been appointed as Penikäinen’s successor as the newspaper’s editor-in-chief. (In the interim, the paper’s editor, Riikka Venäläinen, had been serving as acting editor-in-chief.) Niemi currently works as the editor-in-chief at two Sanoma publications, Ilta-Sanomat, a daily tabloid newspaper, and Taloussanomat, an online business newspaper.

“One of the most important selection criteria was Kaius’s proven digital experience,” Sanoma’s CEO and President Kaukonen said in the company’s announcement. “Finland’s number one digital product Ilta-Sanomat, as well as the purely digital, profitable financial publication Taloussanomat, are amazing success stories in the very challenging and quickly-developing media industry,” he said.

Kaius’s appointment was preceded also by other departures (link in Finnish): three members of Helsingin Sanomat’s editorial management team resigned in July. Explaining their decision, Reetta Räty, Paula Salovaara (both managing editors) and Ville Blåfield (development manager) were clear that their move had nothing to do with Pentikäinen’s departure, nor was their leaving a sign of poor morale at the newspaper. The three simply wanted to move on and work on something together, they said, although they haven’t yet specified the nature of their joint venture.

The departures and appointments at Helsingin Sanomat are taking place in a business context that has caused some media and business analysts to speculate on Sanoma’s future. In July, Sanoma issued a profit warning ahead of its interim report, adjusting its outlook for 2013 in anticipation of a worse result for the year than previously expected. The company attributed this to advertising markets that had depressed at an unpredicted rate.

While not perhaps alarming on its own, some commentators pointed out (link in Finnish) that this was only one profit warning in a series of several that Sanoma has issued during the past year.

The following interim report, released in early August, gave further support to the view that Sanoma is facing major decisions regarding its operations: the company’s operating profit for the April-June period was 37 million euros, compared to 98 million a year earlier. In a statement, Sanoma said it expected the advertising market to remain depressed also for the second half of the year. The company said it would be pursuing its previously planned gross savings programme, but this would not compensate for the estimated decline in consumer media sales. “In addition, we have commenced a redesign of our consumer media operations, including our product and service portfolios as well as cost structures. We will make strategic choices to enhance our focus,” Kaukonen said in the company’s statement.

What concrete changes this will entail is yet to be seen, but perhaps some indication can be seen in the recent news (link in Finnish) that Sanoma is leaving the Bulgarian market, after having left Romania a year ago. Outside Finland, Sanoma currently has publishing activities, mostly in the form of magazines, in Belgium, the Netherlands, Russia and Hungary. Today, Sanoma also announced (link in Finnish) it would close down three unprofitable magazines in Finland.

The conclusion seems clear: the period of profound change that the media industy is undergoing imposes transformation also on the most established and traditionally stable companies. Sanoma is yet another example of this, and one of many internationally. What direction Sanoma will choose for its transformation remains to be seen.