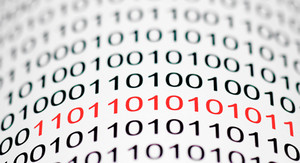 In his new book Out of Print: Newspapers, Journalism and the Business of News in the Digital Age George Brock suggests that “Journalists must now experiment again in order to rebuild their role in a changing information system,” and it is this experimentation which is allowing fresh innovation in the world of media. The Boston Globe’s 61Fresh and The Washington Post’s Topicly are two impressive examples of recent advances. 61Fresh is a localised, tweet-powered news aggregator developed by Globe Lab. It is “an experiment,” a network finding stories relevant to the Boston area that is “100 percent algorithm driven” which, as Justin Ellis writing for Neiman Lab reports, “means both that it runs without the need for ongoing staff resources and that the end product can be a little raw, with different versions of the same story repeated during breaking news.” Vice president for digital products for The Boston Globe and Boston.com, Jeff Moriarty, said 61Fresh “fits in with the idea that we’re moving Boston.com to include more of what people are saying and what people are doing right now in Boston.”

Using community closeness and interaction as a means to observe and report on life in Boston is reflected in one of Globe Lab’s previous projects, Snap, a tool that linked Instagram photos to their geolocated site around the city, and links a short recording of locals talking about moments that inspired them and why.

On 23 September, The Washington Post launched Topicly, a new visual news platform which groups news stories by topic under an image in a grid, allowing the reader to read the news thematically and gain access to a huge variety of articles, commentaries, graphics and multimedia which are related to the topic. The site allows readers to get an overview of the biggest news stories of the day, whilst remaining absolutely up-to-date as the platform is updated every 15 minutes and stories are downloaded in real time. Importantly, the more that is published around a topic, the higher up in the grid it will appear. Although clearly not a community-focussed platform like 61Fresh, both sites are examples of the way that journalism is becoming increasingly connected with readers and giving them personal agency in the way that they read and process news.

The Post and the Globe are not the first to try out journalistic platforms such as these, however. In July, Italy’s biggest-selling international newspaper Corriere dela Sera launched Passaparola, a social news platform which “in its current form comes across as a mix of key elements of Twitter and Facebook, combining breaking news updates with personalised settings and social interaction.”

Greta Sclaunich, a Corriere journalist, explained that “[t]he aim is to make Passaparola a place for discussion, one that could bring the concept of the 18th century coffeehouse as a space of cultural and intellectual debate to the web.” This comment is particularly interesting in light of Mathew Ingram’s recent critique of Jeff Bezos’s comment that “printed newspapers on actual paper may be a luxury item. It’s sort of like, you know, people still have horses, but it’s not their primary way of commuting to the office.” Ingram argues, however, that “media is in many ways becoming much more personal and social – in much the same way as it was in the 1800s, before newspapers were born, when coffee shops and gossip were the primary method of news delivery.”

Sites such as 61Fresh, Topicly and Passaparola enable more personal, personalised interaction with the news, and are very definite examples of Brock’s idea that journalists must “rebuild their role in a changing information system.” Along with this, however, comes the need for the reader to rebuild he or her role, too. There is a danger that the new Internet-heavy journalism and rapid development is perhaps leaving some people behind. A recent survey by Pew reports that “15% of Americans don’t use the Internet” and that “about a third of people cited usability concerns.” This report followed president of BuzzFeed Jon Steinberg‘s claim that “there’s no new newspaper subscribers being born, for print. And there’s no new television watchers being born.” Another survey by Pew claimed that “by 2015, almost half of all television viewing will be done by folks over the age of 50.”

Readers and audiences are now increasingly required to adapt and develop along with the technologies designed for them. Not only the merging of journalism and social media, but the redesign of journalism as we know it. The Post’s Topicly feeds our already very visual-reliant modern culture; the grid of images of the main site acting as a front page, but one which involves almost no words whatsoever. With 61Fresh and Passaparola, although not image focussed, stories and headlines are confined by Twitter-sized character limitations. This new style of news presentation creates immediate and communal forums, and as Ingram argues, does in many ways reflect a return to the social coffee houses of the 18th century. There are also, however, potential dangers of such communication particularly when it is enacted from screen to screen as opposed to face to face. The anonymity granted by the Internet is, perhaps, a double-edged sword – allowing freedom and inclusion but also room for fear mongering and a lack of accountability.

Where journalism will go in the future is hard to predict, however belief in the printed paper is not by any means all lost. The New York Times’s chief executive, Mark Thompson, recently posited that the printed paper may outlive the traditional web, as Internet technologies develop and become increasingly mobile. Although uncertain at the moment, and although it is extremely probable that digital will continue to dominate, it seems unlikely that more traditional forms of journalism will die out altogether. Indeed, the room for experimentation allowed by digital media might make room for experimentation with printed news, or at least start to generate revenue which allows print journalism to continue effectively.