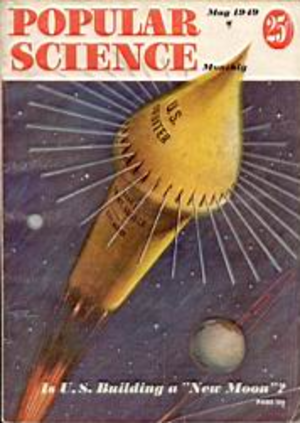 In a post addressed to Popular Science magazine’s online following, the website’s content director Suzanne LaBarre explained the decision by stating that “comments can be bad for science.” Fearing that the influence of online trolls had turned “scientific certainty” into debate fodder, Political Science will now only allow open comments on articles that “lend themselves to vigorous and intelligent discussion.”

YouTube on the other hand is seeking to handle problems common to Popular Science and online publishers in general (spambots and trolls), by investing in new strategies. TechCrunch’s Frederic Lardinois reports that the Google-owned video site realized that while comments were an essential part of the YouTube experience “the current system was flawed.” The site had already updated its commenting systems last year, by asking users to link Google+ and YouTube accounts, so that real names might be used in commenting. Now, embracing the idea that “recent does not necessarily mean relevant,” users of the video-sharing service will soon be presented with personalized comment feeds, according to a post on YouTube’s blog. The ability to vote up or down comments will also be integrated into the new scheme, and Google+ contacts and famous names will feature higher in the comments chains than others.

Establishing clear protocols for the management of offensive and undesirable comments online has of late been a major online preoccupation for information websites. In August, Arianna Huffington announced the end of anonymity for online commenters across Huffington Post’s websites, in response to the increasing aggression of Internet trolls. The media mogul went on to explain that the algorithms and teams of moderators used by the Huffington Post sites were not enough to protect writers and other commenters.

While the motives behind the decisions arrived at by Popular Science and the Huffington Post may be understandable, the wisdom of these moves has been the topic of some debate. Tech and media journalist Mathew Ingram holds that online anonymity was crucial to the future of insightful conversations online. “There are valuable things we can learn from commenters that they would never contribute if they had to reveal their identity,” he wrote for Bloomberg Bussinessweek in reaction to Ms. Huffington’s announcement.

A similar argument was then advanced in relation to Popular Science.  LaBarre maintains that the “fractious minority” of negative comments does a great deal of harm to the content of Popular Science’s online offering. Ingram however proposes that engaging with the problem, rather than attempting to cut it off, would ultimately be beneficial to the quality of the publication’s content.

What’s more, the fact of depriving trolls of one means of expressing opinions thought to distort public perceptions of scientific findings will likely do little to stop similar ideas making themselves heard elsewhere. By engaging with such comments to challenge or disprove them, sites like Popular Science might continue to lead the way in news reporting whilst constructing a productive online community.

WAN-IFRA’s report on Online commenting will be published on 9 October during this year’s International Newsroom Summit.