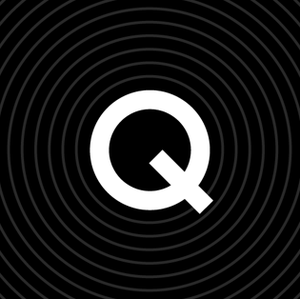 Unveiled by The Atlantic Media Company as “a service and news product for global business leaders” in September 2012, Quartz arrived on the scene with the ambitious aim of competing with the likes of The Economist and The Financial Times. While the goal may have raised media observers’ eyebrows, there was no denying the innovative nature of the digital publication’s design and strategy.

Along with sister publication The Atlantic, Quartz has been a pioneer of native advertising. Working under the assumption that to attract readers, sponsored content should be beautiful, Quartz clearly separates its sponsored advertisements from editorial content, and has so far impressed advertisers with its “nice native format”, Digiday reports. As a result, ad revenue for the digital magazine jumped 112 per cent from Q1 to Q2 2013.

Covering Quartz’s debut last year, WAN-IFRA suggested that the title was moving apps forward “by going back to the internet”, in reference to the publication’s rejection of the app store in favour of a responsive design model. At a time when established news outlets are going mobile-first, attempting to develop and prioritize content and delivery systems for smartphones and tablets, Quartz has been providing readers with a seamless mobile ecosystem since its inception. With a website that fits to any screen, Quartz rejected the idea of a traditional homepage, opting instead to greet visitors to qz.com with frequently updated leading stories.

The title’s ethos of easy interaction and engagement has naturally stretched to its social media dealings. Rejecting the paywall and subscription models that have proven to be so successful at the FT and WSJ, Quartz banked on social media to drive up page visits and boost advertising revenues in the process. Snappy, shareable headlines and prominent ‘share’ buttons are at the heart of the site’s social media policy. In an interview with The Media Briefing, Quartz publisher Jay Lauf revealed that 49 per cent of the magazine’s traffic comes from social sites like Twitter, Reddit, Facebook and LinkedIn. A further 10 percent comes from what Lauf terms “dark social”, “the sharing of content via routes you can’t track, such as texts or e-mails”.

Questions were initially raised over the necessity of another business news player, but twelve months on, buzz around Atlantic Media Group’s new title is growing. Qz.com attracts an average of 3.5 million unique visitors a month, with mobile counting for 25-31 per cent of that figure. When the site achieved a traffic high of 5 million unique visitors in July 2013, 65 per cent of those visitors were ‘at executive or senior level’, according to The Media Brief.

Delivering the keynote speech at this year’s News:Rewired conference, Lauf revealed that Quartz has managed to outstrip The Economist’s digital visitor figures in North America. Add to that recent speculation that Quartz will achieve profitability by 2015 and it’s not hard to understand why this operation of 25 full-time staff is making waves in news media circles.