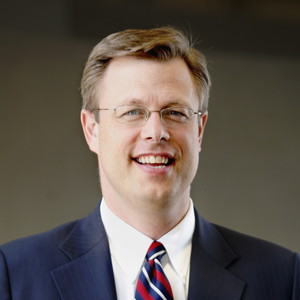 Deseret’s digital business is now growing fast: having already overtaken the company’s television business in total revenues, Gilbert believes that in 2014 digital revenues will surpass print. Currently, he estimates that looking at just print and digital, more than 35% of revenue is coming from digital, which is a significantly higher proportion than at most newspaper companies.

Gilbert created a separate unit for the media company’s digital business, and has been leading two parallel ‘transformations’ at the old and new operations. As he outlined in an article in the Harvard Business Review in December 2012 on how to manage disruption, “Transformation A” should aim to reposition the core business and adapt its current business model to the altered marketplace, while “Transformation B” should create a separate business to embrace the new market place and create new products and opportunities.

For the Deseret News, Transformation A has meant redefining the daily print product: re-focusing on core editorial areas, cutting non-core coverage and launching a weekly national product that repackages the paper’s top content on faith and family.

Meanwhile, Transformation B has involved the creation of Deseret Digital, a company on a separate floor with a separate team that seeks to go beyond repurposing the print product for online.

Gilbert’s belief in the value of this division between the old and new businesses is strong. “It’s not an opinion or a philosophy,” he said, “it’s grounded in the data.”

“It’s not an opinion or a philosophy, it’s grounded in the data…There are no top digital performers who have stayed integrated”

He cited Forbes Inc and the Atlantic Media Company as examples of news media companies that had successfully separated their digital businesses. “Both have created significant autonomy for the digital business and both now have significant or majority share of their revenue coming from digital.”

Launching a separate digital business works for two broad reasons, Gilbert said. The first is that the digital team is fully focused on creating web-only content that allows is to compete with pure Internet players. In Deseret’s case, only about 35-40% of web content comes from the newsroom, and the rest, such as polls, photo-galleries and quizzes, is produced purely by the web team.

This team has also come up with new digital business ideas. As well as the newspaper site, the digital team has launched a family media guide called OK.com, which has been nationally syndicated, and Spanish and Portuguese-language family portals: familias.com and familia.com.br.

The other key advantage Gilbert sees to separating out digital is that it serves to “refocus the people in the newspaper business to do well on the newspaper.” The newspaper side of the business has been under-attended during the transition to digital, he believes.

The Deseret News was the second fastest growing print paper in the US last year, he noted, largely due to the success of its new Sunday national edition.

Where is digital revenue coming from?

As well as traditional banner advertising, Deseret is focusing on what Gilbert calls marketplace products, such as jobs, selling of partner services, travel and bookings, reservations on the site, and deals. These e-commerce efforts are growing faster than advertising, he said, and this year about 45% of digital revenue will come from these.

The marketplace products are a draw for visitors to the site, he said: people come for the marketplace then once they are there they read the news content.  “We are creating audiences that are valuable to advertisers, but also to our own ecommerce business,” he said. “We feel like we are creating our own audiences for businesses we run directly.”

Gilbert sees potential in paid online content models, as long as they are metered or freemium, leaving most of the site free. “It’s not a silver bullet but I think it’s a very good strategy for people who see it in the portfolio of their digital strategy. For people who see it as THE way they’ll pay for digital, I think they’re misguided.”

The core insight to understanding Deseret’s content strategy, Gilbert said, is that “We want to be known for faith and family the way The Washington Post is known for politics, or The Wall Street Journal is known for finance.” And this isn’t just a nice idea, he said, but a fundamental strategy.

Online, it is more essential than ever to be the best at what you do, he stressed, as if you are not, your audience is just “a click away from something better.” So, he asserts, “on the American family or faith, we will beat The New York Times every single time.”

“This has made our print newspaper more compelling,” he said, “but more importantly, it has made our digital sites the go-to place about faith and family.”

The print and digital teams work autonomously 90% of the time, Gilbert said. When necessary, ‘exchange teams’ will form around specific projects where collaboration is deemed to be necessary, such as the paper’s ‘War on boys’ series or ‘Intergenerational poverty’ topic. But the teams are highly targeted, and dissolve when the project is complete.

“One of the biggest challenges we have looked at is mobile and what it will do to our business model,” Gilbert said. Mobile is very disruptive for the e-commerce business, he said.

Gilbert’s other key challenge is how to manage the international initiatives launched by the web team, and whether these Latin American sites should become part of a separate division.

Clark Gilbert will be a keynote speaker at WAN-IFRA’s Digital Media Latinoamérica in Bogotá, Colombia, 30-31 October. He is keen to understand the landscape of Latin American media and investigate partnerships with media companies on family initiatives.