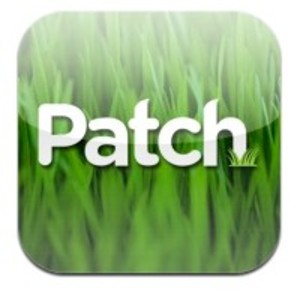 In a memo sent out on Friday, Bud Rosenthal, the new CEO of Patch, said “we have believed strongly in the value of a connected local community. However this commitment has not translated into success in every town we serve,” which is the cause of the closure of a certain number of Patch sites. These closures don’t bode well for a company in its “do-or-die year” and follow on from staff cuts and serious financial pressures earlier this year.

In the wake of the changes surrounding Patch, Dr. Michelle Ferrier, the Associate Dean of Innovation, Research and Creative activity at Scripps College of Communication (Ohio University), has been looking at what these problems could suggest about hyperlocal journalism in general – but focuses on what is necessary to keep such journalism going. In a recent live chat on a Poynter forum, Ferrier emphasises the importance of business savvy and the multiple revenue sources. She also reiterates the amount of huge amount of time that needs to be invested in hyperlocal communities, particularly during their start-up period.

Ferrier strongly defends hyperlocal sites, arguing that they are important places to connect with one another and to share the stories of the community. Susan Leathers, a member of the public who started Brentwoodhomepage.com , a site which involves much long-form reporting, said “To be successful and respected you have to be more than a blog about chicken dinners,” although Ferrier defends the “softer” news which hyperlocal communities can occupy themselves with, saying that Leathers has “been able to build a larger organization over time. But a smaller outfit cannot survive attempting long-form/investigative journalism out of the box. I think you have to grow into it.”

Although the live chat gives no definitive predictions on the future of hyperlocal journalism, what is stressed is the importance of this strand of reporting as a productive and important vehicle of connection for a community. As Joe Grimm summarises, one of the important things he took from the chat was that “Hyperlocal does not mean ‘short’ or ‘shallow’. It means ‘engaged.’ ” For a hyperlocal site to become successful, a lot of time and business acumen is needed. These sites are, however, arguably an important addition to modern-day journalism and should be supported as a significant part of journalism’s future.