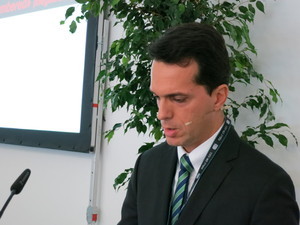 Before starting the digital print business he had a number of concerns about the acceptance from Presstalis, the main newspaper distributor in France, and the publishers of the big French newspaper titles. Many conversations followed. The price RotOcéan charges for digital printing is 2 cents per page (about 64 cents per copy) which was an attractive offer compared to the printing and transportation by airplane. La Réunion is the only “island printer” where printing (with Kodak Versamark) and finishing (with Hunkeler) is set up as an inline process.

The business model of RotOcéan was copied two years ago by a company called Euclès Daily in Paris. They print 77 international newspaper titles with circulations between 2 and 500 copies and provide full service to the clients.