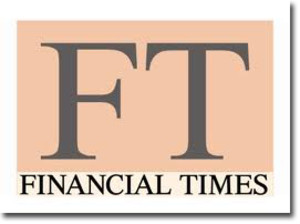 Across print and online, the FT reached its highest circulation in its 125-year history at nearly 629,000, up 5 percent year on year, the report shows.

The FT’s overall circulation growth was fuelled by digital subscriptions, up 24 percent to almost 387,000 for the first nine months of 2013.

A particularly positive revelation, especially for those fearing the repercussions of digital media on print journalism, is that the paper’s newspaper circulation has achieved profitability this year for the first time.

There is also evidence of growth in digital and luxury advertising, including a 23 percent increase in mobile and 29 percent growth in video.

In a memo to staff announcing a redesign of the paper for 2014, Editor Lionel Barber claims that “The new FT will be a better paper to suit the times,” a statement that is fully supported by these figures.

At the end of his memo Barber acknowledges that “these are challenging times,” but reminds his staff that “as long as we embrace change and continue to innovate, we will continue to produce the world-class journalism of which we are all proud.”

The figures released through the Pearson report are encouraging, and indicate that journalism – including print journalism – has a strong future, if, as Barber proposes, we embrace change and don’t fear it, and see digital innovation as a continuation of a constant process. Journalism has always been evolving, digital is merely another step along in its development, and one that provides exciting opportunities for originality and advancement.