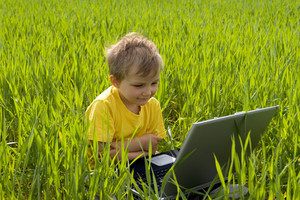 Jeff Jarvis, however, refutes this claim and argues that the Pew survey “indicates that for young people news is simply more efficient.”

Jarvis goes on to state that the Pew statistics are in fact potentially redundant, or at least less useful than other information could be. He suggests that we are “chasing the wrong horse,” and proposes that “instead of seeking an engaged audience […], we in news should be seeking an informed public, using new tools to make them better informed with greater relevancy and fluency.” The increase in multimedia news platforms and multimedia reporting indicates that Jarvis is, of course, not the only person to follow such a train of thought, and indeed that many are acting upon it.

Kohut’s analysis does, however, point to the fact that the Gen Xers and Millenials spend significantly less time watching, reading or listening to news, which can still be used as a way of assessing how news reporting could be developed in the future. What is particularly interesting about his report is the emphasis on the fact that different generations respond differently to, and have a different relationship with, the news. Children are generally not a top-priority audience for the majority of journalistic content, however spending time studying the way that young people interact with news can provide useful pointers on where to go with certain media coverage in the future.

For example, WAN-IFRA’s World Young Reader Prizes honour newspapers which have a strong engagement with young people. This year’s jury voted India the “World Young Reader Country of the Year.” In addition to this, 21 titles from 14 countries were honoured, including projects such as Avisa Nordland (Amedia) in Norway for Engagement Guaranteed, where 60 young readers were designated editors, “to develop the newspaper on all platforms and to develop a new pricing structure” and ongoing schemes such as the Guardian Education Centre and The New York Times’ Learning Network. All of the prizes will be presented at the upcoming Youth Engagement Summit, 2-4 December in Warsaw.

These awards and the December summit honour commitment to youth in journalism, and demonstrate a dedication to supporting the journalists of the future. They also are engaging with young people and their relationship to the news now. The various schemes that have been honoured give insight into what makes news relevant to young people today, and give opportunities to increase such relevancy and accessibility, and hopefully increase young people’s interest in news coverage.

This feeds into the ways in which news and accessing of information can become increasingly tailored to specific audiences. Fundamentally key to this is the personalisation of news coverage. As Evan Williams, internet entrepreneur who founded various Internet companies, including Medium and Twitter, says; “There’s an organising principle that explains what thrives on the Internet and could potentially predict what will thrive in the future: Convenience.”

As Williams iterates, “People will be people. The Internet wants to give them exactly what they’re looking for.” Developments in multimedia journalism are not changing the news content itself, but rather the way in which that content is presented. A recent podcast by Mediashift looks at the future of investigative reporting and features Joaquin Alvarado of the CIR and Jake Shapiro of PRX discussing Reveal, a new “venue for investigative journalism in the form of public radio.” Both are passionate about radio as an “enormously important” media platform, although when asked about the heavily multimedia-based nature of the site, Alvarado asserts that “we don’t just see this as a radio show, it is a platform for investigative journalism.” Interestingly, the Pew report showed that Radio is the news source which has most held its own among the Gen Xers and Millenials, as 38 percent and 27 percent of each group respectively said that they got news from the radio “yesterday.”

Again, this points to efficiency being a priority; radio news coverage can be intimate, informative and hard-hitting but can also be listened to whilst doing other things. The aim with Reveal is to tap into radio’s potential as a hard-hitting investigative news source; Shapiro claims this collaboration is the perfect moment to take “some of the lessons we’ve learnt” from the various programmes they’ve each produced (such as The Moth, 99 % Invisible and This American Life)  “and to apply it to something as vital as the kinds of investigative stories the CIR really champions.”

As news becomes increasingly personalised, and news platforms able to hone in on certain audience, however, we must be wary of becoming too bespoke, with the risk being that automatic news filters mean many miss out on important stories. Elise Hu of National Public Radio during the Mediashift podcast admits that “we are all getting more and more entrenched into our filter bubbles,” and it is important that personalised news platforms do not result in biased news coverage. However, as she goes on to say, although automatic filters potentially reinforce biases, they can also allow otherwise ignored voices to be heard. Moreover, the development of increasingly impressive news algorithms means that important breakthrough stories will rarely go unseen by anyone.

As Reveal indicates, the more traditional news platforms are not dying out, but they are needing to develop as digital media progresses. Alvarado acknowledges the decrease in print sales but is keen to say that they do a lot of work across California with print publishers, and adds that “we don’t privilege any platform over another.” He admits that “We can’t save the economics of newspapers, but […] if we could get newspapers to leverage the public radio audience more successfully that would be a big win for everybody.” It comes back to Jarvis’s point that “we should be seeking an informed public” – and crucially, that information can come from a range of different news sources, both traditional and digital. As he argues, “Efficiency isn’t the enemy of the news. It should be the goal,” and, ultimately, overall efficiency will not come from one single media platform or one single style of reporting.