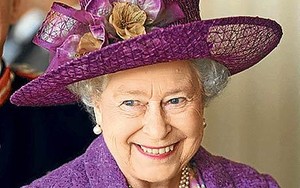 The letter calls on the queen to uphold Britain’s “international reputation as a liberal democracy;” highlighting the dangers that the charter would bring with it – namely, the end of a free press and therefore true freedom of expression in Britain.

It calls the charter “toxic,” stating that this government intervention “brings Parliament for the first time ever to the heart of the newsroom” and, by going against the “fundamental principle” that keeps politicians away from involvement in regulating editorial content, they argue that the charter “lays the foundation for fully fledged statutory controls.”

While the negative effects within Britain are acknowledged – a “chilling impact” that will “weaken democracy” in the UK, the main emphasis is on the charter’s international repercussions. Britain’s worldwide influence, particularly in regards to its status as a democratic nation, is massively jeopardised by the proposal. The charter, it is argued, will be used by other governments as an “excuse by those who want to muzzle the press in their own country.”

They emphasis Britain’s “key leadership role” and, importantly, highlight the irony in the fact that this curtailment of rights would be imposed by a Royal Charter – “an instrument traditionally used to grant rights.” They allude to the Commonwealth Heads of Government meeting next month in Sri Lanka, arguing that Britain will be in no position to defend or advocate human rights if the charter is signed.

The letter calls on the queen personally as “the final guarantor of freedom of expression across the UK and [the] Commonwealth.” It maintains that if other governments use the charter to stifle their own press, it is the queen’s name that will be taken in vain.

The letter comes after polls by the Survation of the Free Speech Network which show that only 13 percent of the UK’s population believe the proposed regulations would result in “a more vibrant and independent press,” and 62 percent think that politicians should not be given final say on press regulations.

In a story on UK-based Press Gazette, Dominic Ponsford points out “The Queen is head of the Privy Council and gives her assent to all the Government decisions presented before it. It is believed that the last time the monarch refused the Royal Assent for a piece of Government business was Queen Anne in 1705.”

In addition to WAN-IFRA, the letter is signed by various worldwide press organisations, including the International Press Institute, the World Press Freedom Committee and the Commonwealth Press Union Media Trust.

The letter can be read in full here.

More on the press freedom situation in the United Kingdom can be found here.