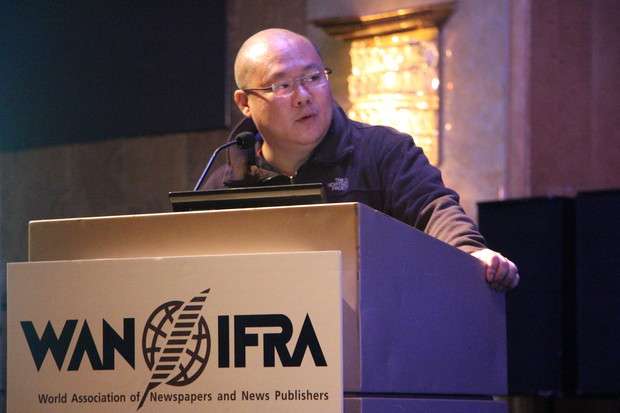 It couldn’t have happened at a worse time.

It was Malaysia’s polling night and the results were coming in fast and furious when The Star Online website froze for two hours.

But luckily his team had been dabbling with Storify since the beginning of the year, especially for coverage of potential candidates’ campaigning.

Storify is a social network service and curating tool which allows users to create a timeline of events using content on social media platforms. It is particular useful for breaking news and ‘LIVE’ coverage of events. While one can achieve the same results by cutting and pasting content from social media onto a blog,  the main difference when it comes to Storify is the ease of use.

Golingai and his team were able to post results as well as photos using the award winning application while waiting for their newspaper website to be fixed.

Previously, it would take about 30 minutes for a short breaking story to be published. A reporter would have to rush down to the scene and he would have to send his lines to an editor back in the office who would then have to vet it before it is published.

But with Storify, it is possible to publish breaking news content within five minutes, by relying on user-generated-content together with journalists’ reports from the ground, said Golingai.

“Storify gives the readers a feeling of immediacy and lets them feel like they are at the same scene as the reporter,” he added.

When asked about the issue of verifying information before publishing content, the editor said all news content collected is curated and vetted by experienced news editors first before selected to be published via a Storify timeline.