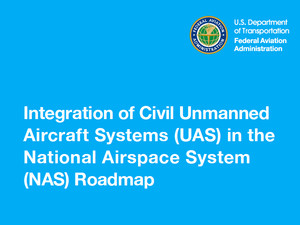 As we reported in 2011, drone journalism is the use of unmanned aircraft systems for journalistic purposes. While the military use of drones already is a subject of heated debate, there is a growing controversy over their use in newsgathering as well.

The New York Times reports that news outlets such as CNN, the Associated Press and News Corporation are experimenting with using the devices in situations where a helicopter would be too costly or disruptive.

Leslie Kaufman and Ravi Somaiya note in the article for the New York Times that drones can be used in reporting on natural disasters. Lewis Whyld, a British photographer, used drones to report on the destruction brought by Typhoon Haiyan in the Philippines. Instead of taking up space on a military aid helicopter, Whyld was able to provide overhead shots of the devastation with a drone.

Nature documentaries use them to get close shots of wildlife, BBC used a drone to take shots of a flock of two million flamingos – something that was impossible before, as a helicopter would have scared the birds and caused them to flee.

Most of the uses of drones for journalistic purposes have been highly praised, but there are privacy concerns with the technological developments, since paparazzi have also used drones to chase celebrities around Europe.

In the United States, the Federal Aviation Administration (FAA) currently allows only drone manufacturers and public entities, such as law enforcement, to fly drones, but they may loosen the restrictions to include news organizations in the next few years, according to New York Magazine.

The FAA released a document last week called the Integration of Civil Unmanned Aircraft Systems (UAS) in the National Airspace System (NAS) Roadmap. In it the FAA discussed what it planned to do about drones in the near future.

Professor Waite, in a recent article for The Nieman Lab via a post on the Drone Journalism Lab website predicted what this report could mean for drone journalism.

Waite summarized the main ideas of the document:

The report gives hints at what is coming up next for drone journalism in the USA. But many already see the potential benefits in the easy access to the sky drones give to journalists. As Fergus Pitt told the New York Times, “It is definitely in the early days, but there is so much potential when the regulations come off.”