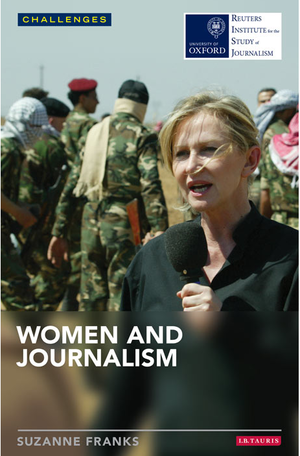 A recent report by Suzanne Franks, a journalism professor at the City University London not only reaffirms that women are poorly represented among bylines but also reveals that they are being confined to specific topics, especially among the softer lifestyle areas.

Franks writes that women significantly outnumber men in journalism training and enter the profession in greater numbers, but still relatively few rise to senior positions and the gender gap in earnings for journalists in the U.K. remains considerable. The same is true across many Western countries, including the U.S.

Franks analysed the two main issues of gender segregation in journalism today. “In addition to the problem of vertical segregation, where women are not reaching the highest ranks of journalism, there is a continuing problem of horizontal segregations: gender division by subject matter,” she said in an article for The Conversation, which was based on research carried out for Women and Journalism, a report published by the Reuters Institute for the Study of Journalism and IB Tauris.

A study conducted last year by the group Women in Journalism found that across national newspapers in the U.K., 78 percent of bylined front-page stories were written by men and of those, 84 percent of the subjects who were quoted as experts or sources in lead stories were men.

The New York Times received criticism after Poynter reporterd a similar study by Alexi Layton and Alicia Shepard at the University of Nevada this past July that showed that the paper quoted 3.4 times as many male sources as female sources. There were more than twice as many male bylines as female bylines – 318 men appearing on the front-page compared to 142 women in a two-month period.

Furthermore, in an effort to track just who writes for The New York Times Andrew Briggs, a recent graduate from Northwestern University, created a website in August that automatically scans The Times homepage every five minutes to analyse the gender breakdown.

Briggs told Journalism.co.uk’s Alastair Reid that the NYTimes.com can have more than 300 unique links to content on the site at any one time, the WhoWritesFor code looks at just bylines on the front-page. The results show that men consistently have more bylines on the homepage than women.

Furthermore, when women are writing they are frequently confined to specific topics. Women in news organisations are often encouraged to write the softer feature lifestyle stories; sometimes referred to as “pink topics,” which are described as the “four Fs” (family, food, furniture and fashion).

For example, in late 2011, The OpEd Project conducted an in-depth analysis of the voices heard on a daily basis in the U.S., by looking at more than 7,000 articles from The New York Times, The Washington Post, the Los Angeles Times and The Wall Street Journal (legacy media); and The Huffington Post and Salon (new media).

Writing about that study last year, Poynter’s Mallary Jean Tenore reported that among new media organisations 34 percent of stories women wrote about were pink topics. In legacy media, 12.4 percent of female output were “pink stories” compared to 3 percent for males. Out of 1,410 general interest articles on topics such as politics, economy, health, education, etc., women wrote only 261.

Franks’ recent study presents a similar deficit in female writers among these topics. The survey looked at five national papers over seven days, during two separate weeks a month apart, and found a severe lack of women writing on topics such as politics, sports and opinion writing.

Franks, in her article for The Conversation, which was republished last week on the Nieman Journalism Lab website, further stressed this point by looking at the Press Gazette’s list of top U.K. reporters. “When Press Gazette published the 50 leading political reporters in 2012, it included only three women, ranked at numbers 16 (chief political reporter of the Financial Times), 36, and 39,” she said.

Those figures drop even lower for sports journalism. As Franks wrote, “fewer than 5 percent of sports journalism in the national press is written by women. In 2012, only two of the Press Gazette top 50 sports reporters were women.”

She looked at opinion writing through the Guardian’s analysis of three national papers and associate websites which found that, “women had written a mere 26 percent of the opinion pieces,” she said.

More women have been entering the industry in the past decade but their opportunities have remained stagnant, as front-page stories continue to be dominated by male writers. Thusly, women continue to cluster towards particular subject areas and there are still topics such as politics and sports that are coveted as traditionally male.

According to Franks it is imperative these issues receive more attention. “Journalism might be better served if there was a more conscious effort by editors and managers to counter such horizontal segregation in the workplace,” she said.