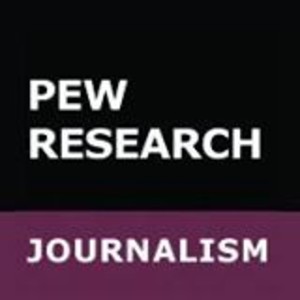 The Pew Research Center, in collaboration with the John S. and James L. Knight Foundation, analysed the characteristics of news consumers and the size of their population across 11 social networking sites in an effort to examine how people engage with news on social media.

The report looked at the proportions of people who get news from a specific site combined with the total reach of a site, to show how many U.S. adults are learning about events and issues through a particular social media site.

Caroline O’Donovan in an article for the Neiman Journalism Lab notes that many of the results are predictable: people who use Facebook also use other platforms; and younger people are more likely to use Twitter, whereas middle-aged people are more likely to use Facebook. Another expected outcome was that Twitter and Reddit are the platforms where most of their users use them to get news, she said.

Earlier reports have shown that roughly half of both Facebook users get news on those sites. Where only one-fifth of YouTube users (20 percent) consume news on the site, with the numbers being smaller for LinkedIn at 13 percent and Pinterest at a meager 3 percent.

But O’Donovan points out that while platforms such as Twitter and Reddit are more frequently used for news, those numbers don’t translate into reach. For example, only a fifth of YouTube users get news there but that amounts to 10 percent of the adult population – which puts YouTube slightly ahead of Twitter for news consumption. Roughly half of Twitter consumers use it for the news but that is only 8 percent of the U.S. population.

Reddit is a news destination for almost two-thirds of its users (62 percent), “but since just 3 percent of the U.S. population uses Reddit, that translates to 2 percent of the population that gets news there,” she said.

Facebook is the largest social networking site with 64 percent of U.S. adults using it, and it has the largest reach for news consumption with about half of its users getting news there – amounting to 30 percent of the general population.

Mobility of news consumers on social networking websites was also examined, and the report found that people who use social media sites are more likely than the general public to use a mobile device for news, including roughly half of Twitter and LinkedIn news consumers.

The report was based on a Pew Research survey conducted from 21 August to 2 September 2013, and included 5,173 respondents of adults in the U.S. 18 years or older.