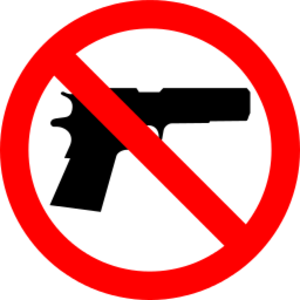 The UN recently announced its new resolution focusing on the protection of journalists, both in war zones and regions at peace. The resolution condemns violent acts against journalists and calls for governments to investigate each case of violence. It also calls for governments to enact legislation to shield them from the dangers that they often experience in the field.

The resolution also marks the International Day to End Impunity on 2 November, the date on which French journalists Ghislaine Dupont and Claude Verlon were found dead in Mali.

According to WAN-IFRA, 48 media workers have been killed so far in 2013.

Reporting can be a dangerous business, and the UN is looking to do more for the people who face violence when investigating their stories. While this resolution lays down a statute of protection for these professionals, the legislation itself is not enough to make actual change in the way journalists are treated, observers say.

Christophe Deloire, secretary-general of Reporters Without Borders, said, “This latest resolution is undoubtedly a new step in the right direction. However, the problem that remains to be addressed is not a legal void but the lack of any verification of respect by member states for their obligations, in particular, their obligation to protect journalists, investigate all acts of violence and bring perpetrators to justice.”

So the problem is not a lack of protective legislation, but a lack of administrations willing to enforce the laws.

For example, according to the April 2013 WAN-IFRA and IPI Report on the Freedom of the Press in Mexico, the government created a federal Protection Mechanism for Journalists and Human Rights Defenders, which was supported unanimously.

However, this law proved difficult to translate into action. Under the law, the cases were left to state-level governments, where the authorities are often either corrupt or incapable of conducting a proper investigation.

The report states, “Domínguez Colío, media coordinator for the government of Veracruz, declared: ‘Freedom of expression is not at risk in Veracruz’ and, in fact, is ‘100% guaranteed.’ But according to virtually any count, Veracruz is the deadliest state in Mexico for journalists (with 11 killed since 2006, according to IPI’s Death Watch) and the sincerity of its State Commission for the Attention and Protection of Journalists was questioned in nearly every meeting that IPI and WAN-IFRA held, with one editor describing it as ‘a bad joke.'”

The UN, recognizing this trend, calls in its resolution for governments to enact their own laws and to begin holding themselves accountable for the safety of journalists in their countries. That includes training authorities at a local level to respond to this kind of violence.

This is the way the resolution is looking to make real change. By prompting governments to take the problem into their own hands, the UN is trying to bridge the disconnect between legislation and action.

Earlier this year, WAN-IFRA celebrated Mexico’s decision to make changes to its Federal Code on Penal Procedure. The change put the federal government in charge of prosecuting cases on violence against media workers, eliminating the need to rely on the state administrations.

While this is a promising step, the process of convicting criminals is still proving difficult and much of the violence in the country continues today. Professor Emily Edmonds-Poli explains that this is because, “The federal authorities are overburdened, under-resourced and under-trained,” reports Al Jazeera

But the issue is not unique to Mexico – journalists worldwide suffer from impunity, causing a crisis serious enough to get the attention of the UN.

Owais Aslam Ali, head of the Pakistan Press Foundation, told the Committee for the Protection of Journalists, “The main reason for impunity is lack of government will to prosecute those who attack journalists. It only takes a few successes to show impunity won’t be tolerated.”

Many nations report that after experiencing violence, they have nowhere to turn. With the laws being largely ignored, local police are unprepared to properly investigate, and cases go unsolved. In some cases, the police are even the active aggressors against the journalists.

In order to effectively respond to the threat that these men and women face, the individual governments need to make a conscientious effort to not only pass legislation protecting journalists, but also make sure that it is correctly enforced.

So while the UN resolution is not enough to singlehandedly protect journalists, the way it is challenging individual administrations to step up to the plate is certainly a good start.