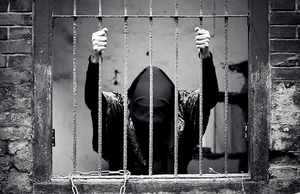 In 2013, 211 journalists were in jail around the world – the second worst year on record since CPJ began its annual census in 1990. This number is only slightly better than the record breaking 232 journalists behind bars in 2012.

Turkey is the world’s leading jailer of journalists for the second year in a row, followed closely by Iran and China. The three countries together account for more than half of the journalists imprisoned worldwide.

There were nine fewer journalists in Turkish jails this year but the number remained high at 40. WAN-IFRA’s December Press Freedom Resolution issued from its Executive Committee meeting in Istanbul called on Turkey to stop jailing journalists, and for the immediate release of those currently behind bars.

In Iran, the number of jailed journalists fell from 45 to 35. The number in China remained the same at 32, despite WAN-IFRA’s 2007 Golden Pen of Freedom laureate Shi Tao being released in August.

More than half of the journalists (124) imprisoned in 2013 were charged with anti-state offenses, such as terrorism. In 45 cases, no charges were disclosed at all.

The number of journalists in Syrian prisons declined to 12 from 15, but the census does not account for reporters who have been abducted or are missing – and as of late 2013, around 30 journalists have been reported missing in Syria.

Online journalists accounted for half (106) of the prisoners. Vietnam is currently holding 18 journalists, four more than the year before, as authorities strengthen the crackdown on bloggers, who represent the country’s only independent press.

There was one journalist behind bars in the Americas, a blogger named Roger Shuler in the United States was being held for contempt of court for refusing to comply with an injunction regarding defamatory content.

CPJ has documented 52 journalists who have been killed so far in 2013, up-to-date numbers can be found on CPJ’s website.