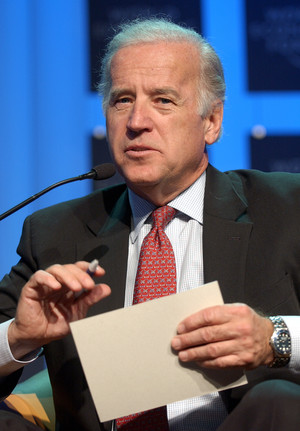 DAVOS/SWITZERLAND, 28JAN05 - Joseph R. Biden, Senator from Delaware (Democrat), USA, captured during the session 'A View from the Hill on US Foreign Policy in Bush II' at the Annual Meeting 2005 of the World Economic Forum in Davos, Switzerland, January 28, 2005. Copyright World Economic Forum (www.weforum.org) swiss-image.ch/Photo by Remy Steinegger

According to The New York Times, “Chinese officials have all but said that American reporters know what they need to do to get their visas renewed: tailor their coverage.”

The snags in the visa renewals came after a set of particularly critical stories from both of the publications. The two papers covered the trend of wealth enjoyed by Chinese politicians and their families. Since the articles were published, both websites have been blocked in the country.

The visa issues however do not only affect those who wrote the articles. The Guardian reports that the entire foreign reporting staff for both organisations has experienced the delay.

After his meetings with President Xi Jinping, Biden spoke out condemning the actions of the Chinese government. “Innovation thrives where people breathe freely, speak freely, are able to challenge orthodoxy, where newspapers can report the truth without fear of the consequences,” he said, according to The Guardian.

Biden even threatened US reactions in Congress if the journalists were denied their visas. This is a striking change from the normal U.S.-Chinese relations, as in the past the U.S. has only been known to intervene on a more case-to-case basis.

But censorship appears to be taking a strong hold in China, as the country grows to an economic superpower. According to Reporters Without Borders’ 2013 World Press Freedom Index, China has been dealing harsh restrictions both in print and online. Self-censorship is also an increasing issue in the area.

Perry Link, a sinologist at the University of California at Riverside told The Guardian, “The whole U.S. public suffers in its understanding of China because of the problem. Self censorship by academics – and hence a less than accurate impression of Chinese realities for the western public – will continue until the institution of using blacklists for this purpose is abolished.”

The staff of Bloomberg News also faced self-censorship when, according to The New Republic, Editor-in-Chief Matther Winkler halted stories in China for being too controversial.

The New Republic writes, “Winkler told them the story wouldn’t run because if it did, Bloomberg News would lose reporting access in China,” and that Winkler later compared it to “the self-censorship by foreign news bureaus trying to preserve their ability to report inside Nazi-era Germany.”

Under the current system, it is going to be difficult for reporters, both foreign and domestic, to continue to investigate while trying to keep their organisation afloat.

As James McGregor, chairman of Greater China for APCO Worldwide told The New York Times, “It’s looking increasingly like as a media company you have a choice in China: You either do news or you do business, but it’s hard to do both.”