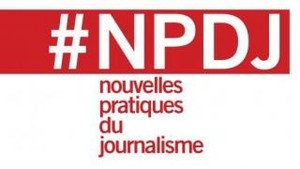 Ingram touched on a number of the challenging things happening today in journalism: the traditional media industry is in chaos, newspapers are going under, paywalls are being put up all over the place and information is on overload. However, he noted the good things that are happening – making it clear that there has never been a better time to be a reader or consumer of information.

He spoke of the effect of digital media and the idea that people all around the world can communicate what is happening in real time. But this can be seen as a problem for many journalists as anyone can become journalists if they are in the right place at the right time. “He’s making you look bad for free,” said Ingram. “You just have to do a better job than the people who are doing things for free.”

Ingram added that the benefits from all this information outweigh the negatives for journalists. “If you don’t like change you’re probably not going to like what’s happening – but if you do like change it’s a great time to do journalism,” he said.

A key part of the conference was looking at trends in journalism for 2014, and topics included: information on mobile, video journalism, user-generated content and business journalism. But, the programme centered on one idea: how journalists are coping with change.

”The pressures of media today drive you to do things that are actually profoundly journalistic – that reporters from decades ago would actually be proud of,” said Kevin Delaney, Editor-in-Chief of Quartz.

Delaney spoke about media habits – most people are getting their news throughout the day – which has lead Quartz to take an approach aimed at constantly streaming on social media sites. They follow a strategy based on the fact that many Americans think: “If the news is important, it will find me.” Thus, Quartz focuses on creating compelling content tailored towards social media – telling its reporters to always assume there is zero traffic from the homepage, and they must compete for people’s attention on TweetDeck.

Bill Grueskin, Dean of Columbia Journalism School, warned of the importance for journalists to stay on top of the newest technology. He spoke of the most important skill required for journalists-to-be: the ability to change with the times. “Technology is inextricably linked to how you do your job as a journalist,” he said. “One of the things we are trying to do at Columbia is to teach students to have the intellectual dexterity to deal with unending change.”

“Any technology we teach you is likely going to obsolete within a few years,” he said. “You cope with that by understanding that you as a journalist have an acting and unending responsibility to stay on top of what is going on.”

Amy Webb, named one of the “Women Changing the World” by Forbes, closed the conference by presenting some of those new technologies with her 10 tech trends for journalism 2014 – and why these trends matter for journalists. These trends included objects with futuristic tones: Space glasses, DoCoMo translator goggles and Google glass demos; others were variations on current topics such as personalising the video viewing experience.

She pointed out 2014 will be the year when data will go mainstream; and stressed the importance that every journalist needs to have basic data gathering skills.

Webb also seemed enthusiastic about the future of journalism. “I’m very positive about journalism,” she said. “I think this is the best time in our history to be a journalist because there are so many options. It’s just a matter of figuring out different creative ways to make profit centers.”