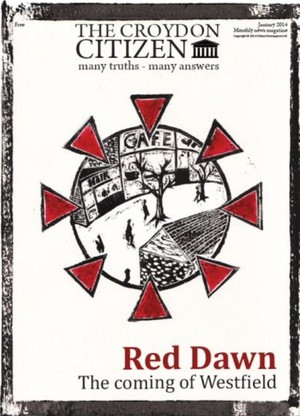 Croydon is a town in Greater London, about 15 kilometres south of the city centre.

The Croydon Citizen was launched in November 2012 as an open platform for Croydon people to discuss the issues that matter to them. The declared goal was “to create a not-for-profit, sustainable citizen newspaper that encourages serious debate on local issues – a need which wasn’t being served elsewhere.”

The 16-page monthly magazine is produced by a small editorial team and distributed for free at prime locations around the borough of Croydon. “This won’t just allow us to reach a greater number of readers than ever before; it will engage more people than ever in the Croydon debate and highlight the all-too-often-overlooked local heroes fighting to make their town a better place,” the company says.

To finance the print product, the publisher started a fund-raising campaign with a series of different offers with specific price tags – from a printed “thank you” with the name of the supporter for 5 pounds, to a personalised message for 15 pounds, a special supscription for 50 pounds or a special edition for 100 pounds, to advertisements in different sizes from 120 to 400 pounds.