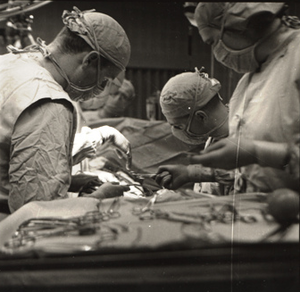 “In some ways, it amazes me some of the things that have fallen through the cracks in journalism,” Patterson told Christina Pazzanese of the Harvard Gazette. “It’s an old problem, but I think there’s a new urgency.”

Journalists, according to Patterson, have a specific duty: to inform the public. “They are our sense makers,” he said. “We depend on them connecting the dots.”

Patterson suggests that journalists are ill equipped to deal with the challenges facing journalism today, and therefore cannot fulfill their duty to report the truth.

“You would like journalism to function like a profession,” he said. Professions run off specialized knowledge, something that gives them a leg up, “but when you look at journalism there’s no knowledge base that underpins journalism,” he said. This sometimes causes flawed reporting since many journalists rely heavily on sources, which can lead to reporters being misled – shown in the recent “60 Minutes” report by Lara Logan.

As we reported earlier this year, Patterson’s new book, “Informing the News,” speaks of the systemic problems facing journalists today – one of those being education. Patterson urges that one of the only way to see a change in faulty journalism is to look at what journalism schools must do to train the next generation of reporters.

Instead of simply learning the basic craftwork of a story – how to structure a story with a compelling lead or how to properly conduct interviews – Patterson stresses the importance of learning how to best inform the public. Furthermore, he calls for a complete overhaul of the current reporting system towards a new path called, “knowledge-based journalism.”

“Journalists need more understanding of how their audiences operate and how they derive conclusions from the information they get,” he told Pazzanese.

Patterson also calls for changes in the way journalism is practiced. News organizations must make efforts towards on-going training, like those offered in medical or legal fields. This ought to be the norm in journalism, he said.

In a keynote speech to Dutch educators in late November, Eric Newton presented an interesting model for journalism education, a “teaching hospital model.” This model is building on the idea that journalism should function like a profession similar to that of the medical field.

In his new e-book, Searchlights and Sunglasses: Field Notes from the Digital Age of Journalism, Newton gives a definition of the teaching hospital model: “A model of learning-by-doing that includes college students, professors and professionals working together under one “digital roof” for the benefit of a community.”

Poynter’s Tom Rosenstiel explains the model further: “In the teaching hospital metaphor, students produce journalism for public rather than classroom consumption under the watch of a skilled professional editor teacher. In so doing, the journalism they produce is better, more digital, more connected to the community, and helps make up for some of what’s disappearing from commercial newsrooms.”

The goal of these teaching hospitals would therefore be to provide better news than the commercial news stream and would focus on experiential learning.

Newton pointed out that many universities have already begun adapting journalism education into a model resembling the one employed by teaching hospitals.

News21, at Arizona State University, is one of the biggest clinics of student-produced journalism and it works towards helping students develop expertise in certain topics, or “knowledge journalism.” Columbia University students publish stories through the New York World and the University of Southern California’s Neon Tommy has 7 million page views per year.

If implemented correctly these teaching hospitals could be, “the engine of change for journalism education,” said Newton.

Both Patterson and Newton stress the importance of the media’s role in keeping the public well informed. The integration of teaching hospitals in universities would thusly work towards fulfilling the “duty of journalists.”

“Citizens look to journalists to do what they do not have the time, inclination, or training to do for themselves” said Patterson. “It’s the reason that the path to a better-informed public, as it has for more than a century, runs through the nation’s newsrooms.”