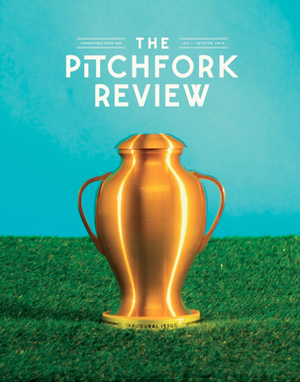 And some former print publications that had dropped print have decided to bring it back. The most famous example of this is likely to be Newsweek, which less than 12 months after publishing its last print issue, recently announced its relaunch into the print world beginning in early 2014.

Meanwhile in sports journalism, Grantland has launched a quarterly magazine of its best content.

Another such publication is Pitchfork, an online music information source that was created in 1996. The announcement was made in late November that it would begin publishing a quarterly print magazine, with the first issue being issued this week. An annual subscription is $44.99, while single issues are $19.96 each.

What are the reasons for all these online publications seemingly bucking the trend?

As Simon Houpt of The Globe and Mail writes, part of the reason is that print material being produced today is more about quality than quantity. Houpt writes that, with a circulation of just 10,000, Pitchfork “will appeal to a new wave of collectors.”

He continues, saying: “Well-crafted print publications have sprung up in recent years for that audience, designed to be collected – and displayed on coffee tables – as much as read.”

The Pitchfork Review will have timeless, durable content that will remain relevant long after publication. According to The New York Times, two thirds of it will be original, and the rest taken from its website.

The article in The New York Times also contained an interview with Chris Kaskie, President of Pitchfork Media. He elaborated on the reasons for the new venture: “There’s a fatigue factor in terms of running a website where hundreds of thousands of words are being published,” Kaskie said. “There’s a worry that while it’s all permanent, pages get refreshed and you have to go through the whole thing to find a story. We’re music magazine fans, and this was conceptualized from magazines and fanzines and beyond.”

Like Newsweek, the Pitchfork Review will rely on subscription based revenue primarily. The magazine’s only sponsor in its first year will be Converse.

In these four cases, print material is being offered as a complementary tool to the online product.

This new approach may get even more popular in the coming months as other websites attempt to differentiate themselves from competitors.