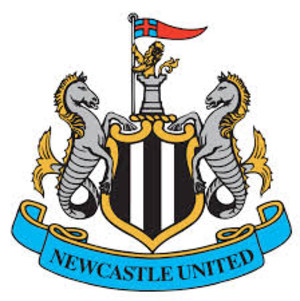 The football club will have three levels of access: gold, silver, and bronze. Each level will come with different privileges, mainly which personnel the journalists will have access to.

Newcastle FC hasn’t exactly had a cooperative relationship with the press in recent times, with that contempt likely the biggest reason behind the unprecedented move. In late October, team owner Mike Ashley banned The Journal, Chronicle, and Sunday Sun for an indefinite period of time. The reasons for the ban were stated in a letter sent to The Chronicle.

In the email, club Head of Media Wendy Taylor cited several negative articles about Ashley and his contemptuous relationship with fans. A protest march had been organized, with 300 fans coming out to demonstrate their disgust with the owner. According to Taylor, the amount of coverage (15 full pages) was “completely disproportionate.” The letter concludes:

“Having given due consideration to the above and your response to my email of Monday 21 October, the club’s owner, director of football, board of directors and team manager have reached a unanimous decision that the three NCJ Media titles, The Chronicle, The Journal and Sunday Sun, will not be permitted access to any media facilities, press conferences and player interviews at Newcastle United indefinitely and with immediate effect.

We do not require a reply to this letter, our position on this issue is not up for negotiation.”

In The Chronicle’s official statement, Editor Darren Thwaites justified his position as follows:

“We may be banned but we won’t be gagged. We all want Newcastle United to be successful but it would be nonsense to pretend the fans are happy about what’s going on behind the scenes.”

Newcastle’s policy change is the latest in the growing trend of further monetising sports journalism.

In the summer, Justin Rose gave an interview sponsored by the British Airways. The transcript was published in 10 major British dailies, with all of them offering “soft ads” for British Airways in their stories.

And in November, the Board of Control of Cricket in India (BCCI) assumed control of all print, radio, broadcast, photograph, and eyewitness accounts of legend Sachin Tendulkar’s final appearance for his country