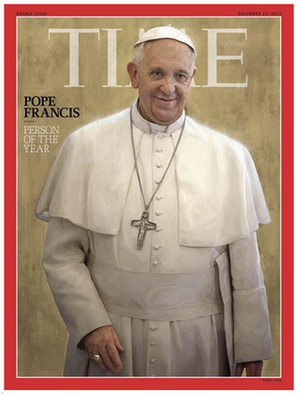 The story of 2013 is best told through the lenses of news photographers and the people who made the biggest headlines.

Whether it was the lightning bolt above St Peter’s Basilica on the day Pope Benedict XVI announced his decision to retire, or the flash of energy above the Moscow Stadium while Usain Bolt was thundering down the 100m straight in the World Championships, news photographers captured some iconic moments of 2013. They can be relived online through galleries of the photos of the year from The Wall Street Journal, Reuters, Time, AP, AFP, and The Atlantic, among others.

With days of selections still to come, Pope Francis and Edward Snowden seem to be the stand out international newsmakers of the year. The Pope was selected as Time’s Person of the Year, while both the Guardian and AFP reserved the number one spot for the whistle-blower Snowden. Time’s list of headline makers includes Edith Windsor, Bashar Assad and Ted Cruz.

The Most Powerful People in the World list by Forbes is an annual collective of the “people who truly rule the world,” in which Vladimir Putin surpassed Barack Obama for the top spot this year. Putin has also secured the top spot on The Advocate’s worst person of the year list.

Fortune hosts an annual list of the top people in business, in which Elon Musk, CEO Tesla Motors and SpaceX, was chosen as the Businessperson of the Year.

Barbara Walters has also compiled a list of the most fascinating people of the year, which includes Prince George and Miley Cyrus. Unsurprisingly, Canadian publication Maclean’s selected Toronto’s notorious mayor, Rob Ford, as its Newsmaker of the Year.

Report by Asta Thrastardottir and Salim Valji. Video below from AFP.