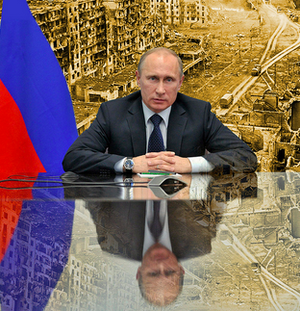 Putin replaced RIA Novosti with a new organisation called Rossiya Segodnya, or Russia Today. This reorganisation of the media was made to promote the Kremlin’s image abroad, according to the decree.

Steven Lee Myers reported in The New York Times that the decision to liquefy the decades-old state-run agency caught government officials and executives of the agency by surprise; Putin made the changes without prior notice or public debate.

RIA Novosti reported that Sergei Ivanov, head of the presidential administration, specified that “the changes were about saving money and making state media more effective.”

“Russia has its own independent politics and strongly defends its national interests: it’s difficult to explain this to the world but we can do this, and we must do this,”  Ivanov told reporters, according to RIA Novosti.

Myers reports that in Putin’s third term in office he has taken several steps that critics have denounced as a strangulation of political rights and open debate. This move comes shortly after the Kremlin extended its grip over radio and television broadcasting on 26 November.

The main purpose of Russia Today, according to the executive order by Putin, “is to provide information on Russian state policy and Russian life and society for audiences abroad.”

Rossiya Segodnya’s focus on building up an audience abroad could just be an attempt to further limiting sources of news for Russians. As Josh Voorhees in an article for Slate noted, RIA Novosti stood out in Russia due to its willingness to challenge the Kremlin.