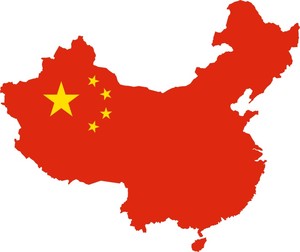 The Beijing-based society reported several negative trends that the government is using to control what foreign media outlets are reporting on the country. The document says that Chinese authorities are using the denial of visas, or delays in their approval, to affect the reporting process.

The first example cited is that of The New York Times. Since the publication of a story on a senior Chinese government official’s finances, journalists Phillip Pan and Chris Buckley have both fallen victim to the elongated bureaucratic processes. Pan has been waiting more than 18 months for his work visa; Buckley has waited for a year while living in neighbouring Hong Kong.

“Unfettered coverage of China is a crucial issue at a time when it is such an important and compelling story. We have made a major commitment to covering China and are eager that our staff can continue to work there normally.”

Paul Mooney, a senior correspondent, was denied a visa that would have allowed him to accept a position in Beijing with Reuters. Melissa Chan, a reporter with Al Jazeera’s English outlet, was also denied a visa. Chinese officials refused to renew her credentials, according to The Guardian.

New laws allow for the police to take up to three weeks to process a visa application, while preventing the applicant from leaving the country during that time.

The report by the FCCC says that the primary rule governing reporting in the country is the required consent of the interviewee. However, that practice has been weakened. Club members report that Chinese authorities have started designating certain locations where that rule does not apply, and that even more special permission is required to film or report from these areas.

During his trip to China last week, United States Vice President Joe Biden pressured the country to loosen its restrictions on American journalists. As written in an earlier post on the Editor’s Web Blog, Biden then met with Bloomberg and New York Times’ journalists who were experiencing delays in receiving their credentials.

“Innovation thrives where people breathe freely, speak freely, are able to challenge orthodoxy, where newspapers can report the truth without fear of consequences,” Biden said.

Biden went on further to state that if conditions for foreign journalists don’t improve, the issue will be raised in the US congress.

The FCCC has to be pleased that a powerful Head of State is taking their cause.