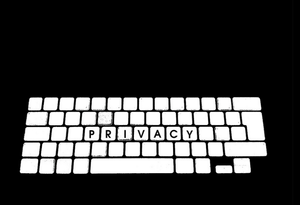 “We understand that governments have a duty to protect their citizens. But this summer’s revelations highlighted the urgent need to reform government surveillance practices worldwide,” the letter said.

The letter goes on to appeal to the U.S. to, “take the lead and make reforms that ensure that government surveillance efforts are clearly restricted by law.”

The letter comes as a reaction to the leaks from former NSA contractor Edward Snowden, which revealed that the intelligence agency has a way of collecting data on most online communications. The eight companies claim that these revelations have put the public’s trust in the Internet at risk.

“People won’t use technology they don’t trust. Governments have put this trust at risk, and governments need to help restore it,” said Brad Smith the executive vice president for Microsoft on the government surveillance reform website.

These major tech companies are therefore trying to convince their billions of users worldwide that they can still trust American tech companies, by taking a stand and fighting for reforms. “The balance in many countries has tipped too far in favor of the state and away from the rights of the individual – rights that are enshrined in our Constitution. This undermines the freedoms we all cherish. It’s time for a change.”

The letter ran in full-page ads in several national newspapers.

The letter comes just after Glenn Greenwald spoke to Cnet’s Edward Moyer about his desire to stop the Internet from becoming history’s most dangerous spy tool.

“The Internet is being degraded from what its promise was, which was an instrument of freedom, into probably the most effective means of human control and oppression ever known – because there never existed a technology before to allow people’s every thought and word to be comprehensively chronicled in the way the surveillance state allows,” he said.

Although Greenwald feels there is a serious danger posed by large Internet companies, the dangers are more manifold for state surveillance. Greenwald told Moyer the state has historically used surveillance for, “suppressing political dissent, or punishing people who in any way are kind of deviant of the norm, putting people in check in terms of their behavior.”

In the open letter, the tech companies insist they are fighting to protect their customers’ privacy. “For our part,” the letter states, “we are focused on keeping user’s data secure – deploying the latest encryption technology to prevent unauthorized surveillance on our networks and by pushing back on the government request to ensure that they are legal and reasonable in scope.”

The new surveillance principles, according to the tech companies, should be: limiting governments’ authority to collect users’ information, setting up a clear legal framework for oversight and accountability, governments should allow companies to publish the number and nature of government demands for user information, respecting the free flow of information and avoiding conflicts among governments.