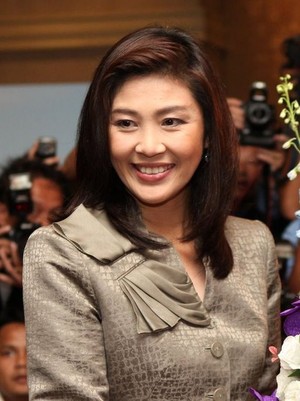 Recently, a series of longstanding protests intensified as groups focused on media networks.

In one of the more extreme demonstrations, Protest Leader and former parliament member Jumpol Chumsai rallied one group of protestors to attack Nick Nostitz, a German freelancer covering the action, saying “That’s the foreign red-shirt reporter, chase him out of here,” according to a report from IFEX.

Nostitz escaped with only minor injures after receiving blows to his face, as police pushed the crowds back and escorted him away.

IFEX members condemned the event, saying, “It is doubly serious that Nostitz was wearing an armband that clearly identifies him as a journalist, in keeping with measures adopted by the larger media community on how to keep safe. In a highly charged political atmosphere such as a protest, calling on protesters to ‘chase’ a specific person believed to belong to an opposing camp is almost a direct incitement to violence.”

At the same time, demonstrators gathered in front of state-owned news stations. Thousands of people rallied in front of the buildings, and some groups surrounded two vehicles operated by these channels, according to Reporters Without Borders.

With four protestors dead so far, the groups are campaigning against Prime Minister Yingluck Shinawatra, whom they believe to be corrupt. Her brother, former Prime Minister Thaksin Shinawatra was ousted in 2006 under charges of corruption. He is currently in exile, but some protestors feel that Yingluck is just a puppet figure, and her brother is still making the important decisions, according to CNN

The media in Thailand have a difficult balancing act to try and remain fair and impartial. WAN-IFRA’s 2013 Global Press Freedom Report states that the country still has strict laws regarding the press.

“In violation of Article 112 of the constitution, otherwise known as Thailand’s lèse-majesté laws, Somyot Pruekasemsuk, editor of Voice of Taksin magazine was sentenced to 11 years in jail for publishing two articles that were judged to have defamed the king and the monarchy,” said the report.

So while the independent media struggles to unveil injustice under these laws, another portion of the media is state-owned.

However, press organizations worldwide are calling out to Thai activists, saying that going after the media is not the way to bring about change and will only lead to more harm for the country’s people.

Reporters Without Borders said, “The lack of impartial state TV coverage of pro- and anti-government demonstrations is clearly a major problem but this does not give demonstrators grounds for focusing their frustration with the government on the media and it certainly does not justify the physical attack that a German freelance journalist received.”

IFEX members also found the protests concerning, saying, “The protests in front of TV stations can be interpreted as a direct coercion for media to report matters according to protesters’ views. These are no different from pressures faced by journalists from media owners and the state to slant news in their favour. It really does not matter from which group the pressure is coming, what is important is that these acts ultimately harm the professional media from keeping the public informed and channeling diverse political views.”

Last June, WAN-IFRA held it’s 65th World Newspaper Congress in Bangkok. A group of leading editors and publishers met directly with Prime Minister Shinawatra to raise concerns regarding press freedom and to discuss how to better embed a free press  into Thai democracy.