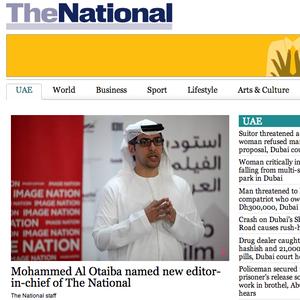 The changes in Spain came amid falling advertising revenues and they were accompanied by controversy. The previous editor of El Mundo, Pedro J Ramírez, is reported to have accused the government of wanting retribution for articles he published about alleged corruption. Meanwhile, El País changed its leadership only shortly after it had to contend with labour disputes about plans to sack a third of its staff. The former editor, Javier Moreno, sounded a more conciliatory note in The New York Times: “The newspaper business is getting increasingly complicated and tough because of all the problems we all know. I think if you bring new blood into the job, it’s not a bad idea,” he said.

The appointments outside of Europe have different origins. The appointment of Editor Carlos Guyot, at La Nación, a former innovation director, comes off the back of a successful print layout change which he was a key part of. It was also viewed as a possible attempt to bring in younger staff to better target a youth audience. He replaces Héctor D’Amico, who is to become the group’s new head of corporate communications.

Mohammed Al Otaiba’s appointment as editor-in-chief of The National, a daily English-language newspaper based in Abu Dhabi, draws on his experience in media, helping to build the film industry in Abu Dhabi. He has also worked in diplomacy, as a representative of the UAE to the UN in New York, and in Beijing and London. He replaces Hassan Fattah, whose editorship has been mired in controversy, with some of his journalists alleging that he was politically censoring articles.

Finally, Somayya Jabarti became the first ever woman editor-in-chief of a Saudi newspaper, when she assumed the editorship of the English-language daily the Saudi Gazette. The appointment was greeted with international enthusiasm. As Jabarti herself said: “There’s a crack that has been made in the glass ceiling. And I’m hoping it will be made into a door.”