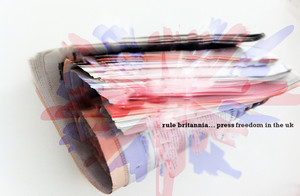 The letter, signed by WAN-IFRA and other leading global press freedom organisations, also urges him not to interfere with the parliamentary investigation of the Guardian and to repeal legislation that underpins the new Royal Charter.

The letter, addressed to Cameron, was written after a meeting of the Coordinating Committee of Press Freedom Organisations held in London mid-January. It was prompted by information collected from a press freedom mission organised by WAN-IFRA. The co-signatories of the document include the Committee to Protect Journalists, the Inter American Press Association, International Press Institute, World Press Freedom Committee, FIPP (Worldwide Magazine Media Association), and the International Association of Broadcasting.

“We view… the consistent government pressure on the Guardian as incompatible with the British tradition of press freedom, and deeply damaging to the country’s international prestige,” the letter said. “If there is evidence that the Guardian has broken the law—and we would like to stress that we have seen absolutely nothing to suggest that this is the case—then the competent judicial authorities should carry out an independent criminal investigation free of government interference.”

The text also stressed that the signatories “…recognize the gravity of the problem of media abuse that the Royal Charter seeks to address. We also recognize that the Leveson inquiry took a deliberate and thoughtful approach to a complex issue.” But it concludes “…it is our view that the Parliamentary action that essentially compels participation in the regulatory mechanism belies claims that it will be ‘voluntary.’’’ This requirement is seen as a significant limitation on press freedom.

The letter goes on to criticise the example that the Prime Minister’s actions have signalled internationally. It cites the case of Ecuadorian President Rafael Correa. Correa has pioneered repressive legislation in South America, but since the introduction of the new UK legislation he has declared “…now foreign countries show that Ecuador is right. The United Kingdom has created a communication law to regulate the excesses of a certain yellow press in that country.”

The Prime Minister is also criticised for undermining the UK’s reputation globally as an advocate for press freedom. Cameron was credited with the release of Abdiaziz Abdinuur Ibrahim, by holding a meeting with the Somalian president Hassan Sheikh Mohamud.

The Coordinating Committee of Press Freedom Organisations is now awaiting a response from Cameron’s office.