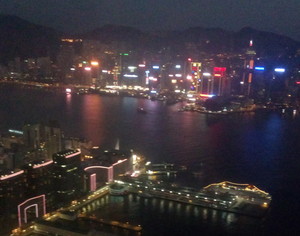 While readers in Europe still need to download the day’s edition of Metro or Süddeutsche to their tablets before leaving the safe Wifi in their houses, Hong Kong residents livestream the latest news videos while travelling between stations.

And the emphasis is very much on video. According to Christina Lo Man Ki, Director of Digital Strategy at leading Cantonese language title Apple Daily, approximately 35 percent of their online traffic (web and mobile) is video, with their video homepage attracting attention spans of 4 minutes as opposed to 40 seconds on an article homepage. Total video views recents rose to an incredible 11 million per day.

It’s perhaps no surprise that Apple Daily has a strong reputation for video, as parent company Next Media is famous for their Action News channel that creatively animates current news events, from Tiger Woods’s domestic dispute in 2009 to Lionel Messi’s recent tax troubles.

But what can other news organisations learn as 4G rolls out more widely and users upgrade their devices and data contracts? While producing 80-100 videos per day as Apple Daily does, the key is keeping the content fresh and accessible. The green screen in the Apple Daily studio is a good example – double the height and width of any similar news studio, the extra space allows animated dinosaurs or other flourishes to be superimposed on the set. As demonstrated is this clip, even a simple discussion format is enlivened with video explosions, onscreen captions and sound effects.

The voiceover is also important, producers have found it makes a big difference bringing in local radio DJs to train in-house narrators.

US publishers, such as The Wall Street Journal, with their Tout-powered Worldstream video feed, have already started to boost the quantity and immediacy of their video output. The next challenge is to jazz it up.