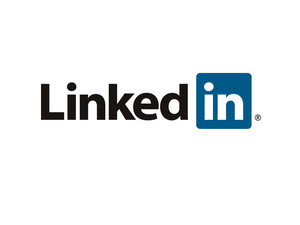 The move comes as part of an attempt to raise page views on the website. In February the company announced that for two consecutive periods page views had fallen. The success of the influencer programme introduced in the last quarter of 2012, under which celebrity business people such as Richard Branson would generate public content, may have prompted the move.

As Ryan Roslansky, Director of Product Management says, “The average Influencer post drives more than 31,000 views and receives more than 250 likes and 80 comments. By any measure, this is a remarkably high level of engagement for digital content.” Such a high level of engagement, if every user contributed, could significantly increase page views.

Mathew Ingram, writing at Gigaom,warns that this could be something to watch for publishers: “…LinkedIn doesn’t have to rely solely on advertising revenue that is derived from driving traffic to its publishing business, the way many traditional newspaper and magazine publishers do.” The move makes LinkedIn part of a new phenomenon, the “platisher.” This hybrid form of platform and publisher could prove to be very dangerous to those who remain one or the other.

LinkedIn uses publishing to maintain interest in its platform, but it is not dependent on it. For those who are, Ingram emphasises the danger that the introduction of paywalls presents, preventing the public from accessing their platform.

LinkedIn’s interest in diversification into content production was also signaled by the purchase of Pulse, a newsreader app, last April.

Another development is an abolition of a word limit on posts. The 300-character limit, in place since the introduction of LinkedIn status updates was introduced in 2009, has limited creative possibilities. The longer posts will now be visible not only to the user’s circles but also to all users if they are popular. This may not only produce more content on the website but also increase employer expectations that users will post items showcasing their talents.