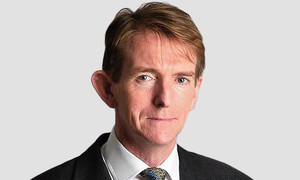 The tweet that started it all was suitablly elliptic, “I am starting work at @RestaurantMoro today. My favourite restaurant bar none. #abovemypaygrade.” A media frenzy ensued as journalists rushed to verify this change in occupation.

The London Evening Standard was able to confirm, conveniently around lunch time, that the restaurant was indeed employing Gallagher, and that at that very point he was carrying a box of vegetables. Moro is a popular London restaurant that Guardian readers voted the best restaurant in 2009.

Further efforts by The Sunday Times to explore the story were the cause of a rather sardonic tweet, “It’s (sic) slow news week: @thesundaytimes have been in, seeking interview or written piece. Admire the chutzpah but the answer is No.” Gallagher went on to act as something of a whistleblower, “But shall I out the media tough guy keen to know the secret of@restaurantmoro romesco sauce?”

The day ended with Gallagher having attained a level of fame that may have escaped him as editor: “My work is done. I am now being followed by@nigella_lawson”.

Gallagher seems to have lost no enthusiasm for the restaurant trade since his start two days ago, having this morning tweeted a picture of today’s menu.

A restaurtant employee has confirmed that Gallagher is undertaking a voluntary “tour of duty” in the kitchen.