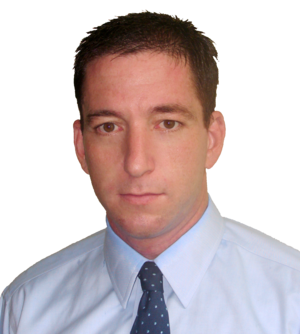 “Glenn Greenwald and I have had our differences over the practice of journalism, but I find it hard to imagine anyone, including his benefactor/publisher, tells him what to write,” Keller told WAN-IFRA from New York, defending Greenwald against recent allegations that his journalistic independence may have been compromised.

As founder of online magazine start-up The Intercept Greenwald has defended himself against a piece written by seasoned journalist Mark Ames. Ames, writing for pandodaily, accused The Intercept of not maintaining an appropriate level of journalistic independence. It alleged that Pierre Omidyar, the principal backer of The Intercept and founder of Ebay, also funded Ukranian opposition organisations. Ames suggests that the result is a conflict of interest that the writers of The Intercept should already have commented on.

This is the first serious challenge The Intercept has faced. Launched earlier this year by Glenn Greenwald, Laura Poitras, and Jeremy Scahill, the new website aims both to “provide a platform to report on the documents previously provided by NSA whistleblower Edward Snowden” but also to “produce fearless, adversarial journalism across a wide range of issues”.

Ames and Greenwald already have a history. In 2010 errors in an article co-written by Ames about John Tyler were publicly pointed out by Greenwald, resulting in an apology by the editors of The Nation.

But there is more at stake here than journalistic in-fighting.

The start-up productions that both journalists work for have much in common. Both pandodaily and The Intercept were founded in the last two years and received investment from billionaire silicon valley backers.

In a piece on The Intercept in the Guardian, Ken Doctor, a news industry analyst, points to the new trend in philanthropically funded journalism “We’ve seen foundations and individuals bankroll, for start-up and beyond, sites from ProPublica to the Center for Investigative Reporting to MinnPost to Texas Tribune. Non-profit philanthropically funded journalism has gotten new life in the digital world. It will work as long as the money flows.” Although both organisations aspire to make a profit, for the time being they fall into this category.

But having such backers can pose problems.

This new type of funding is not without complications. The backers will receive increasing media scrutiny, and, at least in the case of The Intercept, what is found can appear to undermine journalists’ intergrity. Greenwald may not be the first journalist forced to declare, “… for me, the issue is not – and for a long time has not been – the political views of those who fund journalism. Journalists should be judged by the journalism they produce, not by those who fund the outlets where they do it.”

Journalism professor Jeff Jarvis also identifies problems charity funding can bring to journalism. “Charity brings strings,” he emphasised on a blog post dedicated to the affair. He developed the idea speaking to WAN-IFRA: “I would generally agree with Greenwald [“journalists should be judged by the journalism they produce”] but there are limits, as I said: I chose not to publish with Murdoch because I was critical of his companies and thus did not want control by him.”

Bill Keller emphasises that every form of funding of journalism, not just philanthropic, brings risks, “I don’t think there’s a financial model that, per se, guarantees the independence of journalists or the quality of their work,” Keller told WAN-IFRA.

But, in a post written exclusively for the Editors Weblog Keller also suggests that The Intercept’s model of a single backer might be especially problematic, “There are single sponsors of journalism who have launched great things. But common sense suggests that in an advertising model it’s better for independence to have a thousand advertisers than a single big one, and in a philanthropic model better to have a hundred sponsors than one”.