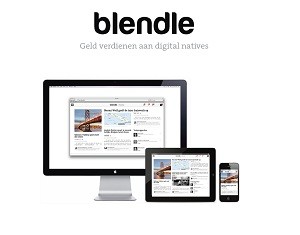 In an interview earlier this week with WAN-IFRA, Peekster co-founder Tine Hamler commented, “one of our goals is to convince publishers that modern journalism needs an iTunes.” His app, which allows the user to find and share an online article from a photo of a print one, aims to eventually try and fill that gap in the market.

One firm that is already ahead of the game is Dutch start-up Blendle. Alexander Klöpping, co-founder of the business, set up his argument with the title of the first part of an ambitious manifesto posted on medium, “Journalism needs an iTunes.” Blendle is following this aim. “The Netherlands is now on the brink of starting another revolutionary journalistic experiment. What happens if all major publishers in a country join forces, bringing all articles written in a single country together and ensuring they are readily available in a single app, and all payable from a single wallet?” asserts Klöpping in the same article. “That’s Blendle.”

WAN-IFRA spoke to Blendle to find out how they managed to reach a consensus across publishers. “Basically, publishers weren’t really interested until we showed them what we had built,” explained fellow co-founder and director Marten Blankesteijn. “Every time we showed the beta to publishers, they realized that Blendle could make people pay for journalism who never paid for journalism before. We told them there are three groups of newspaper consumers: the group that is fan of a certain newspaper – they are happy, because they have a subscription. There is the group that wants to buy a newspaper every now and then – they’re happy too, they’ll go to a newsstand. And there is a group that just wants to read the best articles, regardless of which newspaper had published it. That group is not served right now, and we convinced publishers that they can make a lot of money from them. And we’ll help with that.”

Blankesteijn emphasised that this model need not be limited to the Netherlands. “We would like to prove in Holland that publishers can make a lot of money from people who are not spending any money on journalism at the moment. As soon as we have that proof, we want to expand to as many countries as possible. We do want to cover the majority of the quality newspapers and magazines in a country – like Spotify, it’s no fun when half of the newspapers are missing.”

“Free” news providers (such as the BBC, which is financed by the UK taxpayer) might not pose as much of a threat to the model as some have claimed. “Every song I want to listen to is freely available on YouTube. Still, I pay for Spotify. Every movie I watch is available on Pirate Bay. Still, I pay for Netflix. And of course, there will always be free news online. But when there’s a great article in the Financial Times, or in The Economist, I am willing to pay for it, as long as it’s very easy. (Having to create an account at every publisher is not easy).”

Blendle, which launches in April, is not the first service of its kind. Piano Media, who have pioneered paywall products in Europe, pioneered a similar model in Slovakia in 2011. Just last week American weekly Newsweek was reported by Bloomberg Business Week as being the first US media outlet to purchase their services.

Piano Media had, however, in marketing their services to western Europe, prioritised an individual publication by publication approach to selling paywalls. As Rachel Bartlett wrote in an article for journalism.co.uk about Piano Media published last year, “… The markets which Piano Media has so far approached in western Europe – including Denmark and the Netherlands – seem to prefer the idea of taking an individual approach, rather than a national model. There did not seem to be the “collective will to pull together and launch a national model,” Richards said.”

Piano Media struggled to succeed with its collective paywall approach outside of its home country, and Blendle may need to take lessons from Piano Media when it expands abroad.