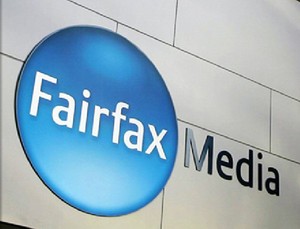 This was reported by Gxpress.net, a website specialising in newspaper technology news for the Asian-Pacific region. gxpress.net is quoting Print and Distribution Chief Executive Bob Lockley: “We’re looking at options and possible cost justification for these (print sites).” Mentioned is also a possibility of working on projects with News Corp Australia – which announced some weeks ago to establish a digital newspaper printing site in Brisbane.

The gxpress article says that Lockley confirmed that the company was also looking at Goss International’s new single-width press Magnum Compact as an alternative in some applications. The press could be added to existing Community lines, of which Fairfax has a number.

Eric Bell, Director Marketing Services for Goss International, said in June 2013 in an interview with World News Publishing Focus regarding the new Magnum Compact: “Inkjet excels at variable data but, despite recent advances, still results in a higher cost per copy than can be justified in many market segments. Our vision with the Magnum Compact is to lower the break-even point for offset to under 1,000 copies by applying targetted automation to dramatically reduce makeready times. (…) One thousand copies of a typical newspaper signature can be completed in four minutes, including the makeready, with a Magnum Compact press.”