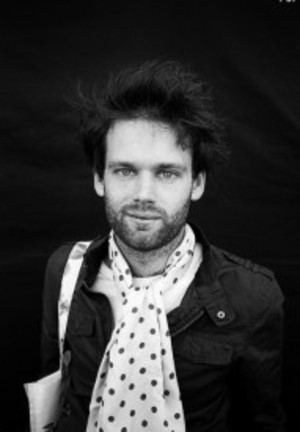 In a country where Rupert Murdoch‘s News Corp dominates, and predicting the end of print is a favourite pastime of media commentators, launching a new newspaper is an audacious act.

Jensen and Australian Publisher Morry Schwartz share a love of print and a belief that there exists a newspaper audience interested in more than “…cat videos and car crashes”. Together, over a long meal in 2012, they cooked up the idea of the The Saturday Paper.

Two years later, Schwartz ambitiously launched the paper with a AU$3 cover price and a bold promise, “A good story has either the first word or the last word. This paper will have both.”

While The Saturday Paper was warmly received by readers, with the first two editions selling out, and Jensen claiming it’s already out-selling some of the competition, the paper has also been strongly criticised for lacking original, in-depth reportage. “The Saturday Paper has neither the first word, nor the last,” quipped noted Australian media critic Jonathan Holmes in The Age.

WAN-IFRA: The death of newspapers has been predicted for half of your life, what possessed you to think about starting a new one in 2014?

EJ: The death of newspapers has been so much about the death of revenue models. But the conversation is not often enough about the primacy of journalism, about what has happened to journalism as newsrooms panic about the increasingly shortened news-cycle. I believe – and the financial success of our first few issues shows – that if you make quality the mark of your journalism, then that journalism will find a market. Too much has been lost underestimating the intelligence of the reader, to bastardise Mencken. We are finding success pitching at a country smarter than it is often given credit for being.

WAN-IFRA: What is it about printed news specifically that appeals to you?

EJ: The paper stock. The tradition. The habit it forms. The simple pleasure it speaks of – the way, with the simple decision to lift the quality of our paper stock, we can convey a whole new model wherein the experience of reading a newspaper becomes akin to the pleasure of a glossy magazine. A significant part of our model is to say newspapers should be fetishised, they should be craved, they should be luxurious. Print is a large part of that, as is of course our writing.

WAN-IFRA: The Sydney Morning Herald and The Age are struggling to survive in Australia, The Australian is making big losses, the only ‘profitable’ newspapers are tabloids – what makes you think a quality weekly printed paper will survive in the increasingly diverse Australian news market?

EJ: I think other newspapers are confused by their audiences. They were once large but disparate; now they are small but equally disparate. We pitch to a specific kind of reader – well-educated, well-off, highly engaged but also keen to slow down and understand better the bombardment of news that now constitutes a week. We are two editions old and are already outselling some of our competitors. I think this market exists, it is just a questions of understanding it.

In one paragraph, how would you describe your business model?

EJ: One word will suffice: Quality.

How is sustainability built into your business model?

EJ: By doing what no one else is doing, and banking on ongoing demand for this. We have four times as many subscribers than we expected at this point, and they are growing exponentially. Our business is not based on being radical. In fact, it is based on very traditional views of what constitutes good journalism. The difference is we are launching at a time when disruption in the market has made this quality a viable niche.

WAN-IFRA: How important is your digital strategy and how integrated is it with print?

EJ: We produce the same paper online as we do in print, with a responsive website and apps for tablet and mobile. The digital strategy is very much integrated with the print strategy, and is a significant part of our business. About 30 per cent of our subscribers are digital subscribers – partly because our print footprint is very focused. Our publishing online, however, is very edition focused. I don’t expect people to come to our home page. I think the home page is dead for news outlets. Our traffic will come through the sides, through social media in particular. And I expect a piece I print on Saturday to be just as well shared the following Thursday, so I will not be updating date stamps for the sake of grinding a website on through the week. A big part of what we do is about slowing down.

WAN-IFRA: How would you characterise the reaction to the first editions of The Saturday Paper?

EJ: The reaction has been overwhelming positive. There seems to be a hunger for well-written, thoughtful journalism. We sold out our first and second edition, and will likely sell out (this) week, too.

WAN-IFRA: What do you hope to have achieved editorially by the end of year one?

EJ: Some big scoops, frequent good writing, and an acceptance that there is a place in the news industry for quality journalism that is both vital and profitable – that the audience should not be underestimated, that they want more than cat videos and car crashes. I think, young as we are, The Saturday Paper is someway towards achieving this.

WAN-IFRA: Much has been made of your age – at 25, you’re untested as an editor – what does your youth bring to The Saturday Paper?

EJ: I am a fairly cynical 25, which makes me a very optimist(ic) newspaper editor. I had filled roles as summer editor and opinion editor at The Sydney Morning Herald before I started at The Saturday Paper, and had been working as a journalist for 10 years before we launched [Jensen wrote music reviews for the Sydney Morning Herlad as a school boy], so while I am callow I am not entirely untested. But I suppose what I bring is a willingness to take risks, a career that needs newspapers to last at least 40 more years, and a youthful appetite for 16 hour days.

WAN-IFRA: Is there something unique about the Australian media landscape that allows this print renaissance? Could other countries benefit from more printed newspapers?

EJ: Australia is unique in terms of the concentration of ownership of our metropolitan papers, and I assume this is a factor in the warm reception The Saturday Paper has received. But I don’t think what we are doing is uniquely Australian – I’m sure there are many countries that could benefit from titles focused wholly on quality long-form journalism.