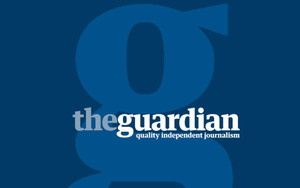 The Guardian offered an explanation for the rise, stating that the key reasons, “…[are] a rise in online advertising and recruitment and a rise in online apps and mobile websites, as well as the continuing popularity of dating site Guardian Soulmates.” The full results of the company will be made public in the summer.

“GMG [Guardian Media Group], which once placed a lot of faith in digital advertising revenue (and they weren’t alone), have worked out that in this disrupted age they will have to look at multiple revenue types and develop anything that works, simultaneously,” George Brock, Professor of Journalism at City University London, told WAN-IFRA. “Looks like they’ve made some progress.”

The Guardian also reports that for the next 30 years the future of the national newspaper titles The Guardian and The Observer is secure. This comes after the sale of assets the media group possessed. The group’s 50.1 percent stake in the parent of Autotrader Group brought the Guardian Media Group £619 million.

The sale of the stake in the Autotrader Group was also viewed as a cause for optimism, “We can look forward to an era of editorial innovation from The Guardian titles, which are proven pioneers of both journalism and digital distribution,” announced Dame Liz Fogan, chair of the Scott Trust [the trust that owns the Guardian Media Group] in The Guardian, “The unique contribution made by The Guardian to national and international debate is now secure for generations to come.”

The news came after less inspiring figures published last year. In the year up to the end of March 2012 there was a loss of £30 million for the group.

But Brock counsels against viewing The Guardian’s model as the only way to make money. “There is no single, magic-fix solution to the problem of finding a business model in the digital era,” he said. The Guardian is asking people to pay for some content on some devices. Others are experimenting with other variations. Very little of the evidence is definitive.”