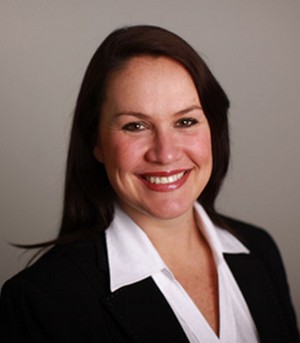 WAN-IFRA: As Head of Operations at the FT, you wield considerable influence in what’s renowned as a man’s world – how hard was it to climb the editorial ladder into management?

Lisa MacLeod: To be honest, not very hard. On a personal level, I think of myself as an employee first, and a woman second. The FT does have a lot of very senior female writers, columnists and managers who are very respected both within the organisation and in the industry. Because we are owned by Pearson which until very recently was led by Marjorie Scardino, one of the few female heads of FTSE100 companies, that probably set a good example. Saying that, there are always issues to overcome and I think in many ways it is harder for women to succeed in traditionally male dominated organisations – not only are you trying to do a good job, but you are battling sometimes very subtle organisational sexism. That’s not unique to journalism: its in every industry to some degree or another.

WAN-IFRA: What do you view as the ongoing impediments to women’s promotion into senior editorial and management roles within news organisations?

LM: As a newcomer, and a late starter, to motherhood, I do suddenly understand why so many women seemingly disappear after having children, and I think this is a major factor. My female colleagues that have not had families progress forward and upwards. Those that do have to make choices: these involve compromising seniority for fewer working hours, reduced working weeks, child-friendly hours. This might only happen for five years or so, but that’s enough to amount to a serious setback in terms of career progression. Even the most supportive organisation cannot erase the effect of these choices on their female employees’ progression.

I also think that most women are less aggressive than men in demanding equal pay for equal work, at least, and less confident when negotiating their position at work. That’s a broad generalisation, but I saw it first hand as managing editor of the FT for three years. On one occasion I actually ended up coaching somebody on how to ask for a raise – from me!

WAN-IFRA: In your experience, how can women best overcome these barriers?

LM: I think women could be more assertive about their rights at work, and I think companies could be more flexible in working out the best way to handle mothers in organisations. One thing I do know for sure is that you can’t underestimate the effectiveness of a woman juggling a family and a career: because time becomes so limited, these women are functioning on full power throughout the working day. They may not be there for 14 hours, but you are getting 8 hours of serious work out of them, and they are formidable multi-taskers. Its a bit passe now, but Sheryl Sandberg is quite right about encouraging women to “lean in” – take your place in the front row, sit around the boardroom table instead of in the cheap seats, speak up, don’t be apologetic, make yourself heard. Simple, but powerful tactics. Also, align yourself with people (men or women) who will help you. I have had a series of wonderful bosses and mentors, and that is so important.

WAN-IFRA: Why is it important for women to progress through the ranks of newsrooms to occupy senior editorial and management positions within news publishing organisations?

LM: Women have a voice, and newspapers reflect their collective voice to their readers. The make-up of a journalistic population: the faces and voices on your comment pages often reflect the views of the organisation at large. If they are predominantly white and male for example, your readers are getting a white, male view of the world. That’s fine if ALL your readers are white and male, but chances are, they are not. I really do think that a balance of gender in senior management leads to a fairer, more balanced hand over the organisation.

WAN-IFRA: What’s your number one piece of advice to younger women starting out in newsrooms with management ambitions?

LM: Take every opportunity to manage things or people: practice makes perfect. You don’t have to have a team of people to be a manager. Offer yourself up for projects, cross-departmental initiatives, and take on jobs other people don’t want to do – in all of these ways you are learning about management of people, time, processes and change. Read about management, see how other people handle situations, ask lots of questions. The more you do it, the better you will become, and the more likely you are to be chosen to lead your own team.

WAN-IFRA: Can you foresee the day when the FT has a female editor-in-chief?

Four strategies from The Hindu to navigate the subscription game