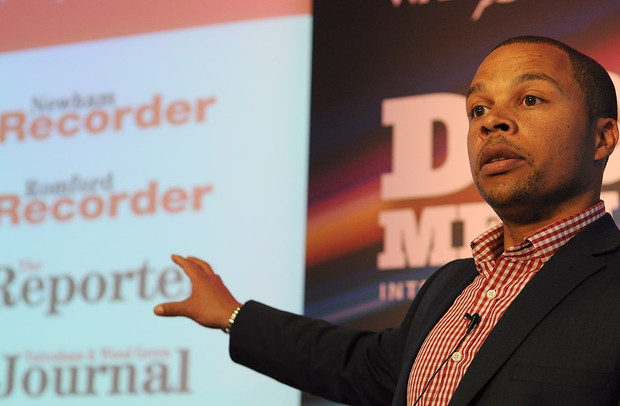 Archant is the UK’s biggest independently-owned regional media businesses. It is a community media company that publishes 4 regional daily newspapers, around 50 weekly titles and 80 magazines. It also publishes around 180 websites.

About two years ago, the company entered a partnership with startup streetlife.com, a local social network that has a simple aim: to help people across Britain make the most of where they live by connecting with nearby residents, groups, organisations and businesses.

Quite simply for Archant, Hood said, “As a media publisher, streetlife allows us to listen and connect to the communities we serve, and through that we can be much more relevant.”

Matthew Boyes, Founder and CEO of streetlife.com, said the platform is “literally letting people have a dialogue that have been quite lost of late.”

What has Archant meant for streetlife?

Matthew Boyes, Founder and CEO of streetlife.comPre-Archant, streetlife had 20,000 users. With Archant, it now has 120,000 users and Boyes said that should double in 3 months, and reach 1 million users by the end of the year, and reaching 200+ communities.

“The fantastic thing about Archant is they have great access to the type of people we want to create and provide conversations with,” Boyes said.

He also said the company’s vast marketing and sales channels also are a big help.

But he stressed two things that streetlife mean to Archant:

Connection and insight: “Streetlife is not a place for Archant’s journalists to go input content or drive conversations, but it’s a place for them to listen,” Boyes said.

Trust: “They have had brands that have been around more than 100 years… that is so valuable for us.”

Who is the typical streetlife user and how they interact:

Comparisons to networks like Facebook are inevitable, Boyes said. “Facebook is about talking about what you ate for breakfast all over the world. Streetlife conversations are about talking with those people you don’t know in your area.”

“We actually asked the same question: why not Facebook? Are we just adding another layer of work and platform here?” Hood said. “We came to the conclusion that you don’t actually make really new friends on Facebook. So streetlife really creates new and valuable conversations and connections that benefit us and the communities we serve.”

And those conversations are inherently commercial, Boyes said. 30 percent of dialogue are promoting and recommending commerical-based activities, he said.

.@mgboyes 82% have discovered a local business, service or event from a http://bit.ly/1jZeXN9  recommendation #DME14

They also drive meetup and campaigns in the communities.

Sharing is a natural byproduct of the platform. Take for example, a man who due to illness, couldn’t drive. He decided to give away his car and went on the platform and created an engaging conversation. In the end, he ended up giving away his car to a rightful charity.

It also enables access and accountability. For example, local council have chimed in on conversations when in the past they were inaccessible, particularly to the general public, and real action and change take place.

Conversations start on Streetlife that local papers, often Archant, pick up on and then do their own stories that often broadens the topic to a new level, where even national media pick up the stories.