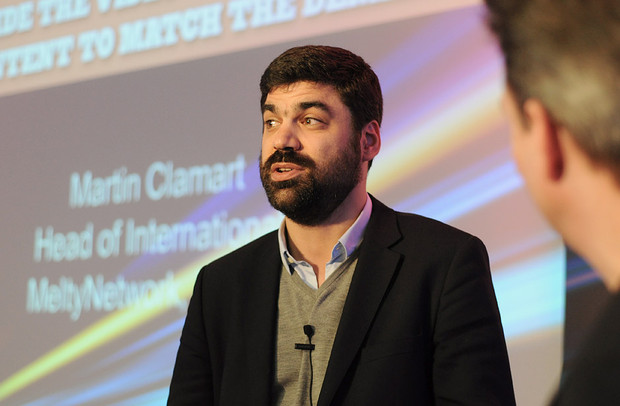 Launched five years ago, melty had one simple idea: “to create media that only talks to young people and embraces and utilises in-house technology to help identify, track and deliver topical content to that audience. Content and text are at the core of our offer, but again, video is key.”

Clamart said melty deploys a simple formula to connect to its young audience:

“Native advertising is very important to us in terms of combining user engagement and advertising and hopefully resulting in potential revenues,” Clamart said.

He presented a number of native advertising examples whereby a full editorial platform is developed by the editorial team featuring daily updates and video interviews. In one case, with Coca-Cola. The result:

This featured a branded web-series with eight episodes created, produced and broadcasted by melty. It resulted in:

After five years, the company is profitable, Clamort said, bringing in €4.5 million turnover in 2013. That turnover is based purely on advertising, he said, and 30 percent of that came from native advertising and that is expected to increase to 50 percent this year.

Half of its staff are paid, and it uses a number of interns and regional and local freelancers, he said.